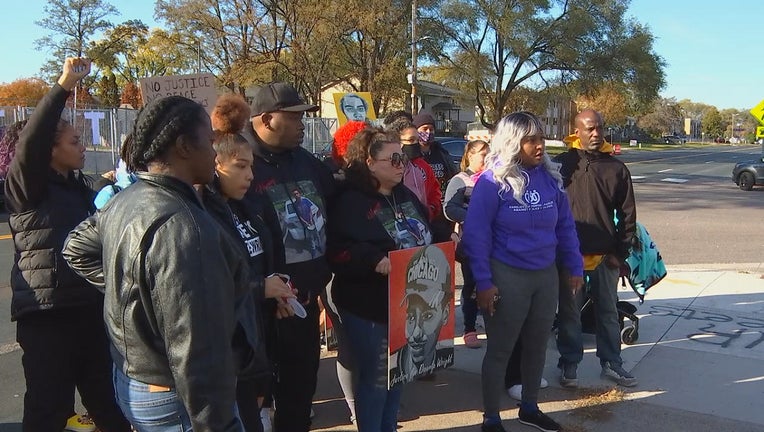 As part of a rally on Wednesday, protesters along with the families of Daunte Wright and Kobe Dimock-Heisler were demanding change come quicker at the Brooklyn Center Police Department.

After the killing of Daunte Wright in April, in May, the city council passed the Daunte Wright and Kobe Dimock Heisler resolution that calls for various police reforms.

Police killed Dimock Heisler last year. Now some of those reforms in the resolution include unarmed civilian employees to handle nonmoving traffic violations, mental health calls and the formation of a civilian committee to review and make recommendations and regulate police response to protests and policies. However, none of this is happening fast enough for family and supporters of Wright and Dimock-Heisler.

"It's the slowness of the change," said Daunte Wright's mother Katie Wright. "It was supposed to be implemented 180 days from passing, we are now at 175 days so that means in five days. That resolution as written should be implemented. It's not, it's not, it's not supported by the police chief, and it’s not supported by the city manager when it comes to the funding."

FOX 9 did not hear back from the chief on my request for comment. City communications also did not return emails to respond to the claims of slow change.

The people out there Wednesday did block the road in front of the police department for about two hours. They say they will continue to fight for the change they believe is necessary.