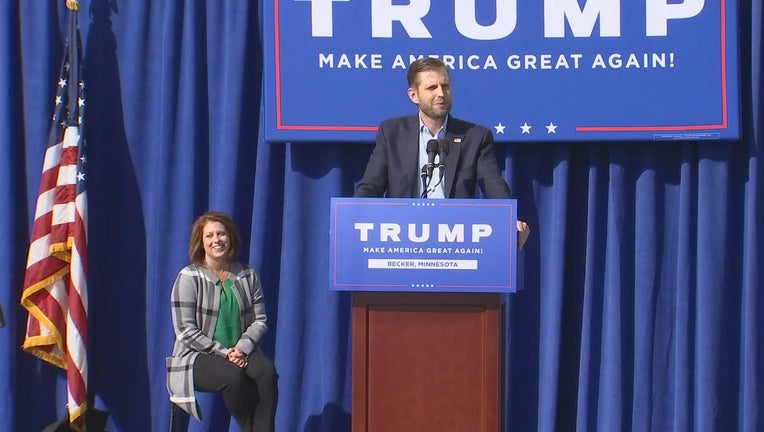 Eric Trump took the stage in Becker, Minnesota on Thursday to rally for his father. (FOX 9)

BECKER, Minn. (FOX 9) - Eric Trump, the son of President Donald Trump, was in Minnesota on Thursday to rally support for his father's re-election campaign.

Eric Trump toured Potter Trucking in Becker, Minnesota before holding a rally outside the business.

Like his father the night before in Duluth, Eric Trump spoke on a wide array of issues from the economy to immigration and his problems with Tuesday's debate. He also urged supporters to head to the polls and vowed that President Trump would win Minnesota this time around.

Wednesday night, President Trump joked that if he lost Minnesota this year, "I'm never coming back."