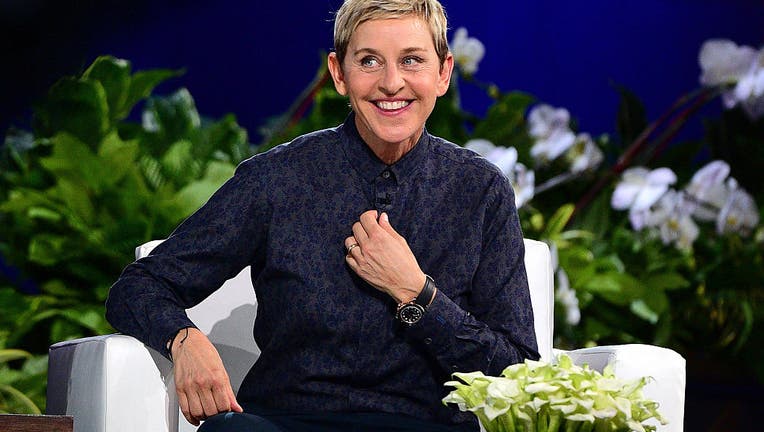 LOS ANGELES - Ellen DeGeneres may be ready to say goodbye to her talk show as an investigation into toxic workplace claims is underway.

According to a new report, DeGeneres, 62, has been in talks with top executives from Warner Bros. and Telepictures, the company that produces the show, to let them know she is considering pulling the plug entirely.

"She feels she can't go on and the only way to recover her personal brand from this is to shut down the show," an insider at Telepictures revealed to Daily Mail.

DeGeneres broke her silence on Thursday to address the recent bashing of the behind-the-scenes culture at "The Ellen DeGeneres Show" in a memo to staff.

"On day one of our show, I told everyone in our first meeting that 'The Ellen DeGeneres Show' would be a place of happiness – no one would ever raise their voice, and everyone would be treated with respect," she began. "Obviously, something changed, and I am disappointed to learn that this has not been the case. And for that, I am sorry. Anyone who knows me knows it’s the opposite of what I believe and what I hoped for our show."

DeGeneres insisted that the culture as it has been reported "will now change," vowing that she's "committed to ensuring this does not happen again."

While the host hinted at not having full knowledge of the alleged bullying off-camera, the Telepictures source claimed she "knew what was going on."

"It's her show," the insider continued. "The buck stops with her. She can blame every executive under the sun -- but Ellen is ultimately the one to blame."

Allegations first came to the surface in April, as unnamed members of the production team claimed they were left uninformed as to the status of their pay or employment amid the early stages of the coronavirus pandemic.

Additionally, accounts of "cold" behavior from the 62-year-old comedian herself, including from her former bodyguard, began to pile up.

The show took another hit this week when Buzzfeed published a report based on interviews with 36 members of staff. Several voiced allegations of sexual misconduct from top producers Ed Glavin, Kevin Leman and Jonathan Norman.

According to the report, a former employee of the daytime show accused Leman of soliciting oral sex at a company party in 2013, while another ex-staffer claimed to have seen the exec grab a production assistant's penis on a different occasion.

Nearly a dozen employees also stated that it was not unusual for Leman to make crude and sexual jokes in the office disguised as "sarcasm."

Additionally, dozens of employees understood that Glavin "had a reputation for being handsy with women," particularly in the control room, where he would use intimidation to control employees.

Three staffers then corroborated a claim that Norman groomed a former staffer and attempted to perform oral sex on him. Leman and Norman vehemently denied the allegations.

Prior to the sexual allegations coming to light, the show's executive producers Glavin, Andy Lassner, and Mary Connelly issued a statement shifting blame from DeGeneres to themselves.

"We are truly heartbroken and sorry to learn that even one person in our production family has had a negative experience," they said. "It’s not who we are and not who we strive to be, and not the mission Ellen has set for us."

The statement explained that the "day to day responsibility of the... show is completely on" the producers.

Earlier this week, Eric Schiffer, chairman of Reputation Management Consultants, weighed in on the controversy, concluding that DeGeneres faces "a dangerous period in her career." Any findings that reveal a toxic workplace "would be an apocalyptic ending to her TV career," he added.

A rep for DeGeneres and the show did not immediately respond to Fox News' requests for comment.