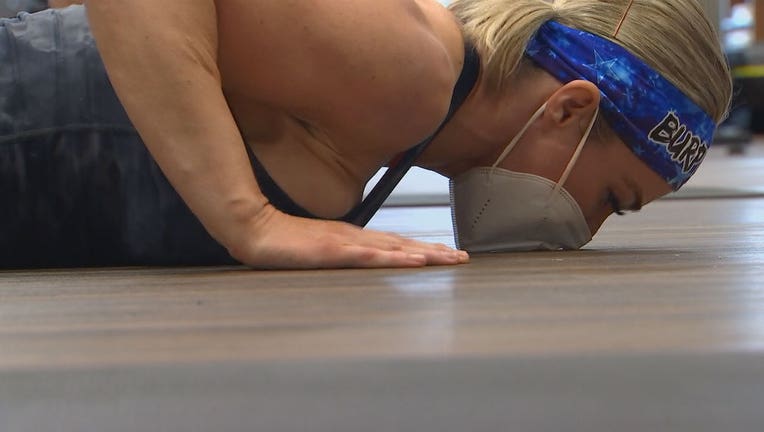 The so-called "burpee queen", of Edina, completed 715 burpees in one hour to break the world record.

EDINA, Minn. (FOX 9) - As a personal trainer, it’s no surprise Stephanie Tennessen knows how to stay in shape, but when it comes to burpees, she’s royalty.

"Everyone calls me the burpee queen now," she said. "Just kind of stuck."

715 burpees in one hour was a world record for a personal trainer in Minnesota. She describes her journey and what's next in her fitness record goals.

Tennessen holds the Guinness World Record for the most chest-to-floor burpees in an hour.

She got the idea after listening to an audiobook by a former Navy Seal and she says 10 months of training kept her motivated while she was forced to work out at home during the pandemic.

"Having to focus on getting those 300 burpees in every day when there was so much that was out of my control really helped me stay physically and mentally healthy." She said.

After one failed attempt in March of last year, Tennessen gave it another go last fall. She did an average of 12 burpees per minute for 60 minutes, setting a new Guinness World Record of 715 burpees in an hour.

"Having everyone there to support me and cheering me on and my son, who is five, yelling, ‘You can do it, Mom! Good job.’ And then completing the task. It was such an amazing feeling. One of the best feelings in my entire life," she said.

Tennessen isn’t done doing burpees just yet, either. She plans to break her own record and set two more in September.

In the meantime, she says the ups and downs of her favorite workout are proof perseverance can pay off.

"It’s been a really exciting process," she said. "It’s been life changing for me."