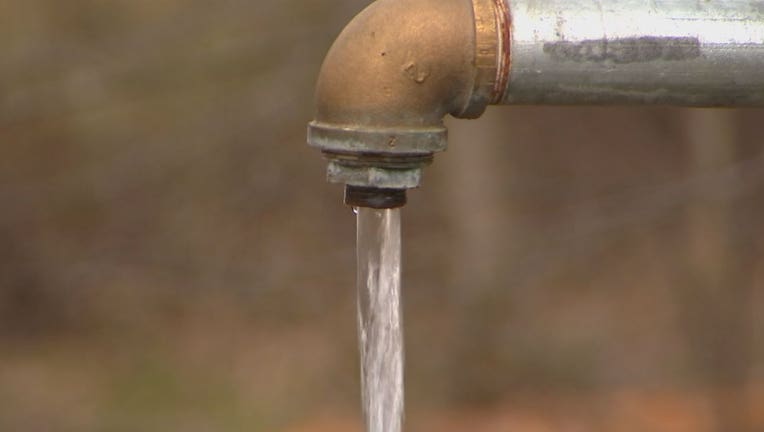 Eden Prairie residents fear a new proposed housing development will impact one of the city's favorite water springs, but the developer thinks the spring will be protected.

EDEN PRAIRIE, Minn. (FOX 9) - For generations, families have been flocking to the Fredrick-Miller spring in Eden Prairie to get their drinking water. Now, the city is considering a proposed housing development in that area.

Critics of the project are concerned it will impact the natural spring.

For generations, families have been flocking to the Fredrick-Miller spring in Eden Prairie to get their drinking water. Now, the city is considering a proposed housing development in that area.

At any time of the day, cars are lined up at the spring, to get their fill of gallons of water.

"This is the only water we drink," Schoenrock said.

John and Karen Schoenrock have been coming to the spring for over a decade.

"It’s a very very important resource for this community," Karen said. "It just has a great flavor. There’s no chemical taste to it, you know you can taste the minerals in it… it’s full of nice minerals and it’s just fabulous. Great tasting water."

Unfortunately, the water has now become a bitter topic.

A proposed Pulte development of 50 single-family homes next door has some concerned the spring water would be tainted by changes to the ecosystem.

"Further development here is going to endanger this entire wilderness area and it needs to be protected," Jeff Borowiak said.

"We are just very disturbed about it and very against having any kind of development," Schoenrock added. "We feel very very strongly that that’s going to destroy this whole ecosystem here."

Now there’s a petition and a Facebook group  with hundreds of people, along with a fundraiser topping $3,000.

In a statement, Pulte said:

"While the water source and ground topography make it scientifically impossible for development of the site to impact the Fredrick Miller Spring, we have taken additional steps to protect the surrounding environment. We have restricted the number of homes in the community, minimized any impact to the local ecosystem, preserved the creek, wetlands, wetland buffers, bluff, and left a significant amount of the southern portion of the land undisturbed. We believe our development will work in harmony with the local environment while providing much needed housing."

"They keep pretending that they can engineer nature," Borowiak responded. "And nature knows that you can’t."

Eden Prairie Mayor Ron Case says as he understands, the development will not effect or change the spring in any way, but rather improve it.

"He’s pretending that the development on this piece of land won’t affect the quality of the water and we’re looking at it saying this is about biodiversity," Borowiak responded.

The decision will come before Eden Prairie’s city council in a vote on May 4.