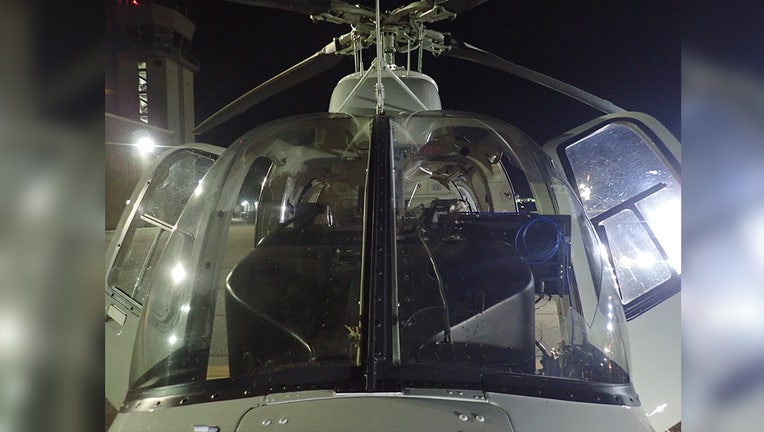 A duck crashed through the windshield of a State Patrol helicopter on Wednesday night. (FOX 9)

(FOX 9) - A State Patrol helicopter pilot is recovering after a duck crashed through his helicopter's windshield and struck him in the head Wednesday night.

The pilot was on his way back from helping police in Wabasha County around 10:15 p.m. Wednesday when the duck went through the windshield of the Bell 407 helicopter, the State Patrol said on Twitter.

The pilot sustained a suspected head injury, and another pilot took over and flew the helicopter to the St. Paul airport. Troopers and paramedics treated the injured pilot, who was taken to Regions Hospital with non-life-threatening injuries. He has since been released, according to the State Patrol.

According to State Patrol Lt. Gordon Shank, the duck did not survive.

"Unfortunately, it did not end well and it was located," he said.

The State Patrol said damages to the helicopter are still being assessed.