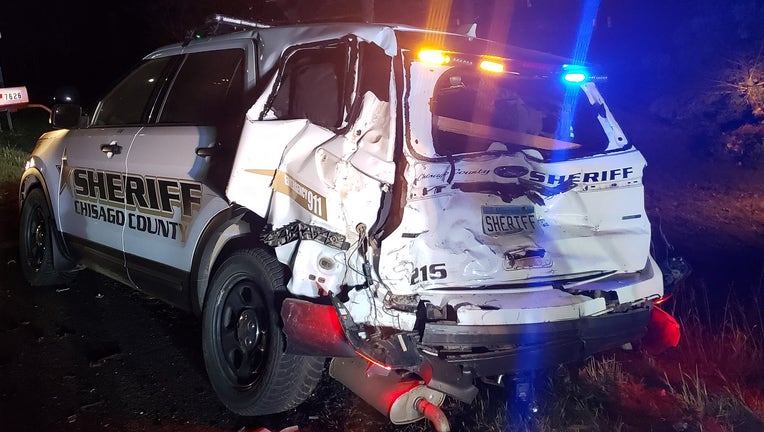 NORTH BRANCH, Minn. (FOX 9) - A woman is in custody after she crashed into the back of a Chisago County Sheriff's squad Friday night.

According to the sheriff's office, at about 10:30 p.m., a sergeant was completing a traffic stop near the intersection of St. Croix Trail and Hemmingway Avenue in North Branch when his squad was struck from behind by a Dodge Ram pick-up truck.

The sergeant was taken to a local hospital where he was treated and released.

The driver of the Ram was taken into custody. Officials said alcohol was a factor in the crash.

The crash is still under investigaiton.