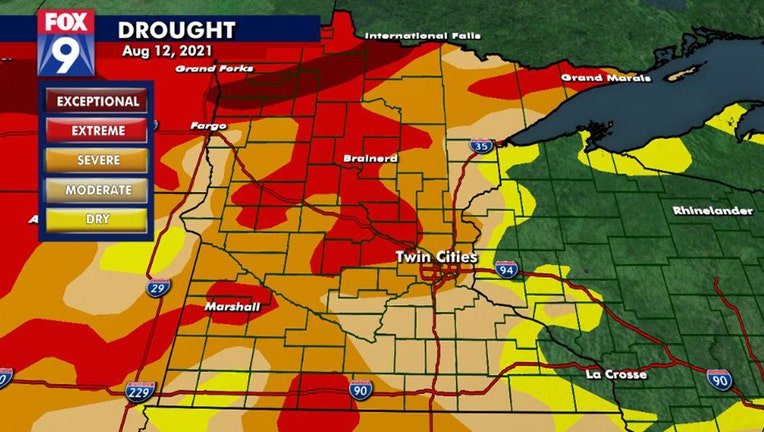 The new drought monitor is out and now the northwestern corner of Minnesota is in an exceptional drought.

(FOX 9) - While the temperatures have become quite comfortable with some occasional light drips, it’s just too little too late. The statewide drought continues to worsen and is now at levels not seen in more than two decades.

READ NEXT: St. Paul residents could have water cut off for violating watering restrictions under new law

Parts of northwest Minnesota are now in the worst drought category, titled exceptional, which has never appeared in our state since the modern day drought monitor began back in 2000. The high heat and shear lack of precipitation statewide this summer compares a lot like to the summer of 1988, which was the last time anything like this has happened in Minnesota.

Recent rains in the Twin Cities metro, much of southeastern Minnesota and western Wisconsin have prevented the drought from getting worse for the time being. But, significant rain is still needed in the weeks ahead to see any sort of widespread, long-term improvement.