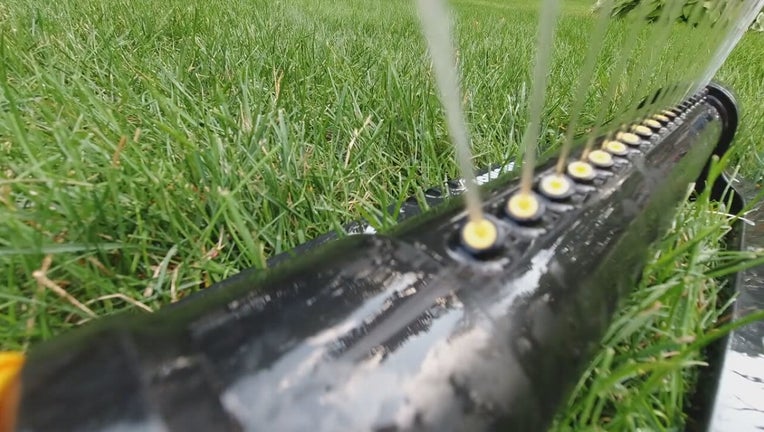 Currently, St. Paul has non-mandatory watering recommendations in place. If the drought gets worse, that could change quickly. (FOX 9)

Wednesday, the council approved an emergency ordinance that would allow the city to fine residents who fail to abide by water restrictions.

Currently, the city has encouraged residents to restrict their water use but has not mandated water restrictions. But, if water levels on the Mississippi continue to drop, those restrictions could come as soon as next week, says Saint Paul Regional Water Services General Manager Patrick Shea.

According to Shea's presentation during Wednesday's meeting, the restrictive phase would start when the Mississippi River's mean flow drops below 1,500 cubic feet per second (cfs) for five straight days.

As of Tuesday, the river flow was just above that threshold at 1,550 cfs. Earlier in the month, the mean river flow dropped below 1,500 for three straight days between August 4 and 6 before rebounding slightly. The average over the last 90 years for the river is 6,590 cfs.

If the restrictions were to take effect, under the law residents could face fines starting 72 hours after water use restrictions are mandated. The first violation would be dealt with education, Shea says, followed by a written warning.

After that, fines would increase to $50 for a third violation, $100 for a fourth, and a $150 fine with the possibility of your water being shut off for the fifth violation.

"I think this is something, we're hoping we don't have to get to the next stage," said Councilmember Chris Tolbert. "I think this is reasonable and at the end of the day, our goal is compliance, not punishment. We're asking people to be part of the solution to preserve our water."

Currently, the city is asking residents to curb their watering to odd and even days, based on your address. If the restriction stage is reached, the odd and even schedule would become required for residents.

After that, if the drought were to worsen, residents would be asked to water only once a week followed by watering bans at the most severe stages.

The ordinance was approved on a 7-0 vote.