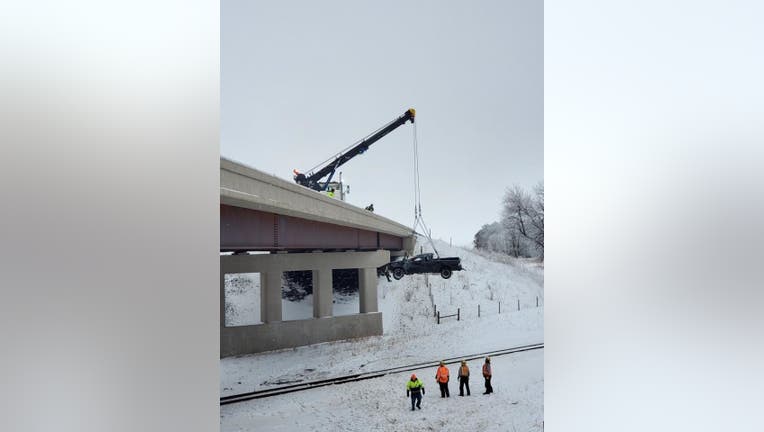 Authorities remove a pickup truck from the railroad tracks after it spun out and went over the bridge in Owatonna, Minnesota Tuesday. ( Minnesota State Patrol )

OWATONNA, Minn. (FOX 9) - The State Patrol is warning drivers not to use cruise control in the winter after a pickup truck spun out on the interstate near Owatonna, Minnesota Tuesday morning and went off the bridge.

The incident occurred around 8:30 a.m. The State Patrol reported the 2003 Ford Ranger was southbound on I-35 when the driver lost control. The truck hit the guardrail, went over and rolled down the embankment, coming to rest near the railroad tracks. 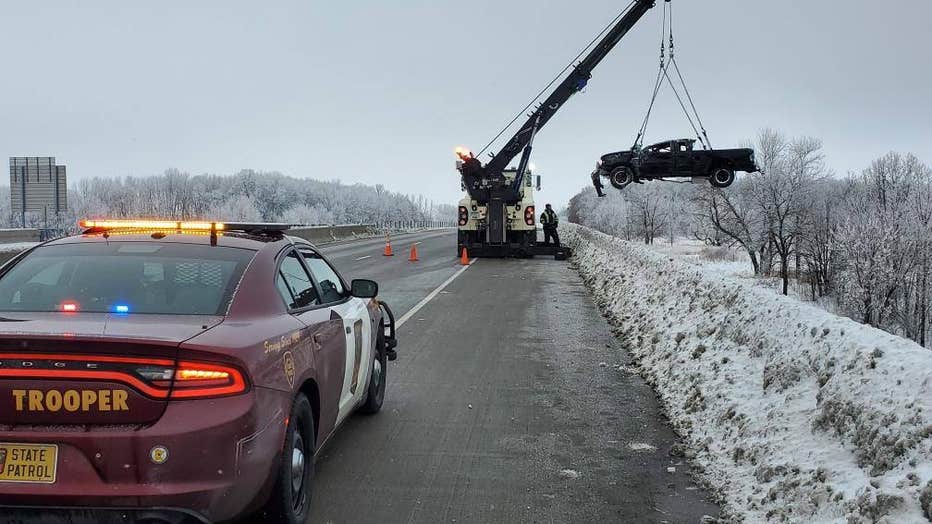 A pickup truck lost control and went over the bridge on I-35 in Owatonna Tuesday morning, (Minnesota State Patrol / FOX 9)

Paramedics transported the driver, a 28-year-old Owatonna man, and the passenger, a 25-year-old Faribault man, to a hospital in Owatonna. Both men were wearing their seatbelts. Neither were seriously injured.

The State Patrol said driver was using cruise control, which they do not recommend in the winter, even if it is relatively warm outside and the roads are clear.