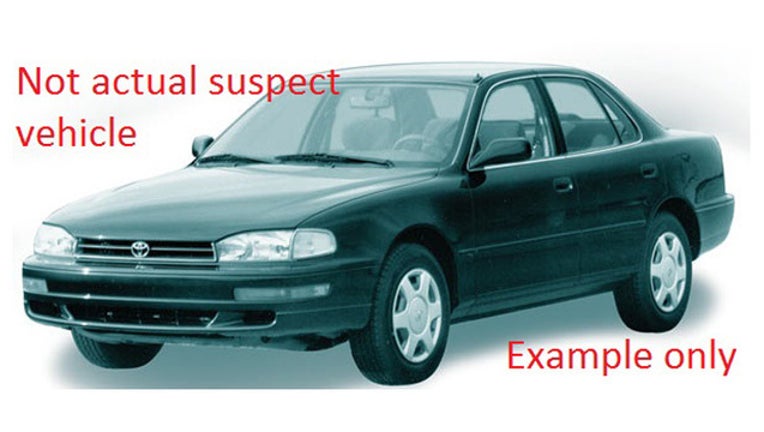 MAYHEW LAKE TOWNSHIP, Minn. (FOX 9) - Authorities in central Minnesota are asking for the public’s help in identifying a driver involved in a hit-and-run last Thursday.

The hit-and-run occurred around 6 p.m. at the intersection of 65th Street Northeast and 55th Avenue Northeast in Mayhew Lake Township, according to the Benton County Sheriff’s Office.

Deputies learned the driver of a Ford pickup truck was driving east on 65th Avenue Northeast when his vehicle was hit by a Toyota sedan that failed to stop at the stop sign on 55th Avenue Northeast. The pickup truck had the right of way, but the car reportedly slid through the intersection and hit the travel trailer the pickup was hauling, causing the pickup and the trailer to roll over.

The trailer came to rest on the road, while the pickup truck ended up in the ditch.

The car also came to rest in the ditch, but the driver worked it free and fled the scene heading north on 55th Avenue Northeast.

The driver of the pickup, identified a 55-year-old Sartell man, and his passenger, a 53-year-old woman from Sartell, suffered non-life threatening injuries in the crash.

The sheriff’s office is asking for the public’s help in locating the car, believed to be a 1992 or 1994 Toyota Camry. The vehicle should have significant damage on the driver’s side.

The suspect is believed to be a man under the age of 40.