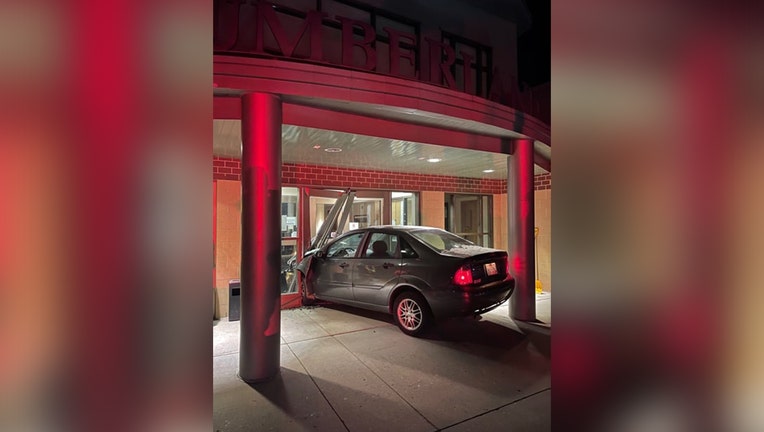 The Cumberland Police Department reported alcohol and "resentment about a citation" are likely to blame for the crash, which occurred around 3 a.m.

A driver crashed his car into the city hall building in Cumberland, Wisconsin overnight. The driver was reportedly mad about a recent citation a police officer had issued to one of his family members. Video credit: Cumberland Police Department

Police said the driver told them he drove into the building intentionally because he was upset that a Cumberland police officer had issued a citation to one of his family members. The incident was captured on surveillance video. 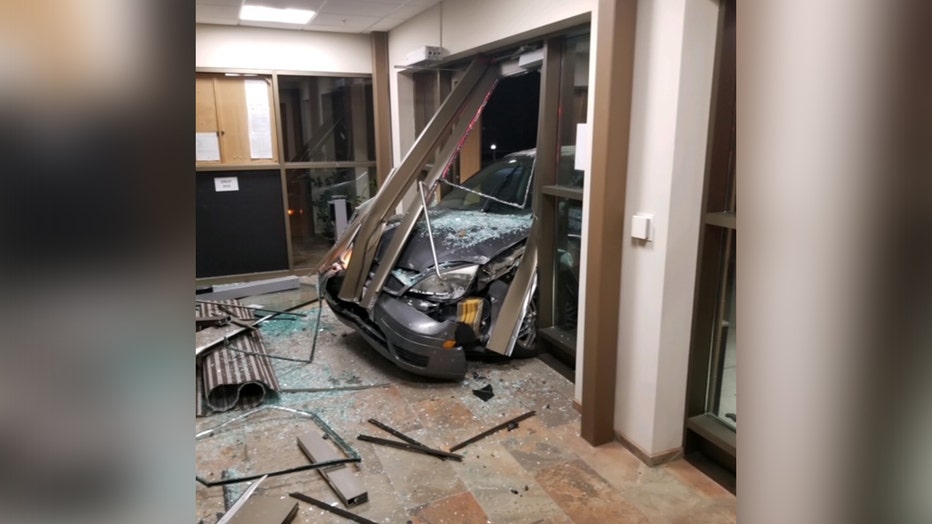 The driver told police he drove into the building intentionally because he was upset about a citation.  (Cumberland Police Department / FOX 9)

An officer on duty sitting inside the building about 20 feet from where the vehicle crashed, but they were not injured.

The driver was arrested for criminal damage to property, recklessly endangering safety, negligent operation of a vehicle and operating a vehicle while intoxicated. Formal charges are pending.