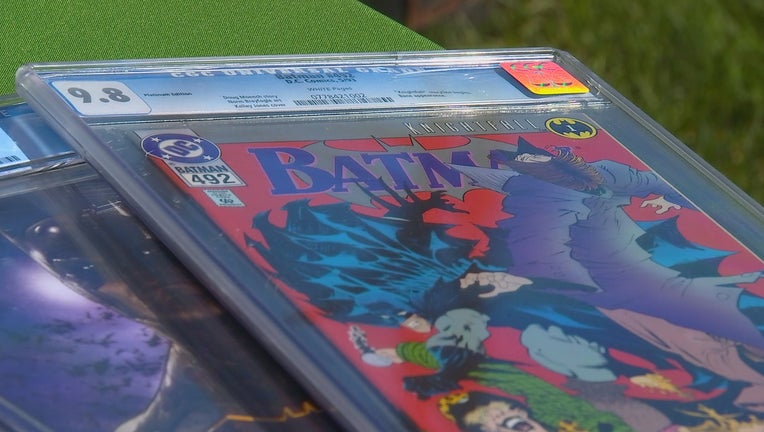 A demolition crew found Steve Preston's comic book and coin collection amid the rubble of the Drake Hotel. (FOX 9)

“I was angry, trust me I was really angry,” said Steve Preston, who survived the fire.

Early Christmas morning last year, the Francis Drake Hotel, a housing shelter for the homeless in downtown Minneapolis, went up in flames.

The 66-year-old was among more than 200 people to escape the fire. There was only so much he could save.

All of his belongings, including a coin and comic book collection worth at least $10,000, were eventually buried under a pile of rubble.

He counted his losses and months later, demolition crews with Veit and Company made a discovery.

“We were working on the last portion of the building and we just happened to pull a wall back with a bucket and that’s when the comics caught my eye,” said Travis Brown, a demolition worker.

Before them, Preston’s beloved coins and comics were still intact. Tuesday, at Veit headquarters in Rogers, Preston recovered what he thought he’d lost.

“It’s a big part of my life, I suffered for this,” said Preston.

“It’s pretty exciting because it’s a very tragic story of how this happened, so to give anything back is a God-send,” said Brown.

As Preston reflects on a painful chapter in his life, this is a happy ending.

“I’m just so thankful, I don’t know what I could do,” said Preston.