WASHINGTON - The Department of Justice sued Texas over new redistricting maps Monday, saying the plans discriminate against voters in the state’s booming Latino and Black populations.

The lawsuit, filed in the Western District of Texas, claims the state violates part of the Voting Rights Act. It is the first filing challenging a state’s maps from the Biden Justice Department during this redistricting cycle. Legal experts anticipate a blizzard of litigation as states redraw their legislative lines.

The lawsuit notes that the vast majority of Texas’ population growth over the past decade came from Black, Latino and Asian people, but the new maps that state Republicans drew doesn’t give any of these communities new opportunities to choose their own representatives.

Instead, the maps pack Black and Latino communities into bizarre-shaped districts — a Dallas-area one is referred to as a "seahorse" shape — while preserving safe seats for white Republicans.

"This is not the first time that Texas has acted to minimize the voting rights of its minority citizens," Associate Attorney General Vanita Gupta said during a press conference announcing the lawsuit. "Decade after decade, courts have found that Texas has enacted redistricting plans that deliberately dilute the voting strength of Latino and Black voters and that violate the Voting Rights Act." 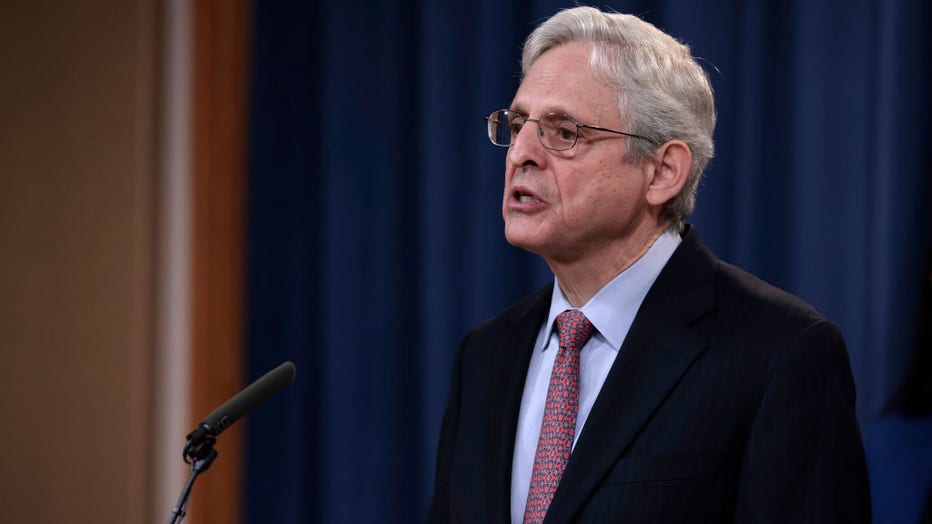 Attorney General Merrick B. Garland speaks at a press conference at the Department of Justice on Dec. 6, 2021, in Washington, DC. (Photo by Anna Moneymaker/Getty Images)

In west Texas’ competitive 23rd district, the map trimmed out areas near El Paso and San Antonio to lower the share of Latino voting-age residents by 9%. In the Dallas area it pulled Black and Latino residents of the northwest suburbs out of the district of Rep. Beth Van Duyne, who narrowly won her reelection bid against a Democratic Black Latina candidate last year. In the Houston area, where the share of the white population is dwindling, the map kept six of 10 House districts as white-majority or plurality districts.

Texas has had to defend their maps in court after every redistricting process since the Voting Rights Act took effect in 1965, but this will be the first since a U.S. Supreme Court ruling said Texas and other states with a history of racial discrimination no longer need to have the Justice Department scrutinize the maps before they are approved.