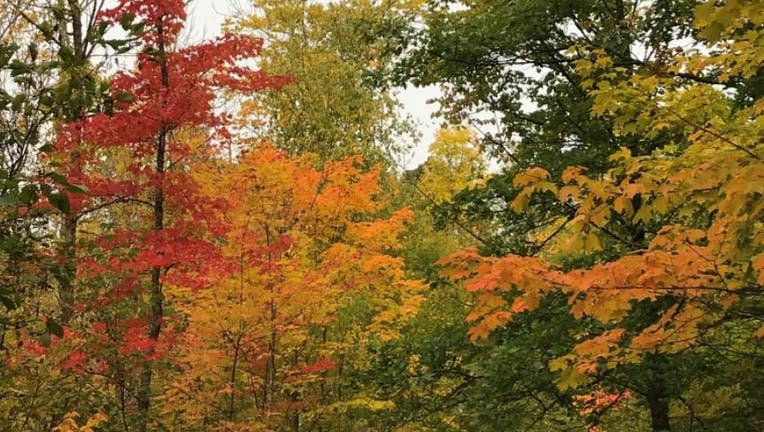 (FOX 9) - The Minnesota DNR’s first weekly fall color update was released Thursday as some regions of the state have entered 25-50 percent of peak color.

In its first update of 2020, the DNR said shades of yellows and occasional reds are beginning to appear in Minnesota. 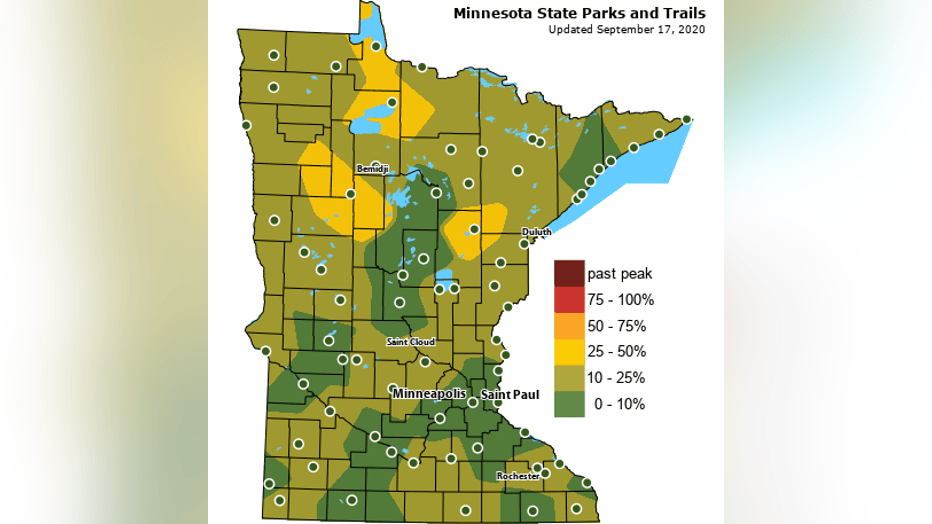 Savanna Portage State Park, Big Bog State Recreation Area, Zippel Bay State Park and Itasca State Park are all listed on the DNR's website as between 25 and 50 percent peak color as of Thursday.

According to Val Cervenka, the forest health program consultant for the DNR’s forestry division, the “overall color this year should be especially lovely if there are sunny days and chilly but not freezing nights as we get more into the season.”

Aspen and ash trees are turning yellow and maple trees are starting to show reds and oranges too in some regions, the DNR said. Red leaves are beginning to appear in the sumac and understory shrubs and prairie grasses have taken on rich gold and red hues. Additionally, fall flowers, like goldenrod and cone flowers are in full bloom.

Parks like McCarthy Beach, Old Mill, Glendalough, Fort Snelling and Big Stone Lake are expected to have good color-viewing options, according to the DNR.

The DNR recommends the following parks in five different regions across the state for seeing colors this week:

Fall color is developing quickly in the ash, birch and basswood trees which are turning beautiful shades of yellow and orange.

Vivid fall color is becoming more prominent in the prairie grasses, shrubs and tree canopies. The ash trees are quickly turning yellow, and there are pockets of red, peach and yellow-orange leaves in the sumac and maples.

Some sugar maples are displaying patches of bright red, orange and yellow leaves, while the elm and ash trees are adding yellow to the mix. The prairies are filled with wildflowers and rich gold, maroon and purple grasses.

The sumac is a vibrant red, and many ash and cottonwood trees have turned a lovely golden-yellow. The big bluestem, Indian and switch grasses range from a rich gold to deep maroon.

Prairies throughout Minnesota's southern region are overflowing with color. The grasses, sumac, goldenrod, wildflowers and even some trees are all contributing to these stunning maroon and gold landscapes.