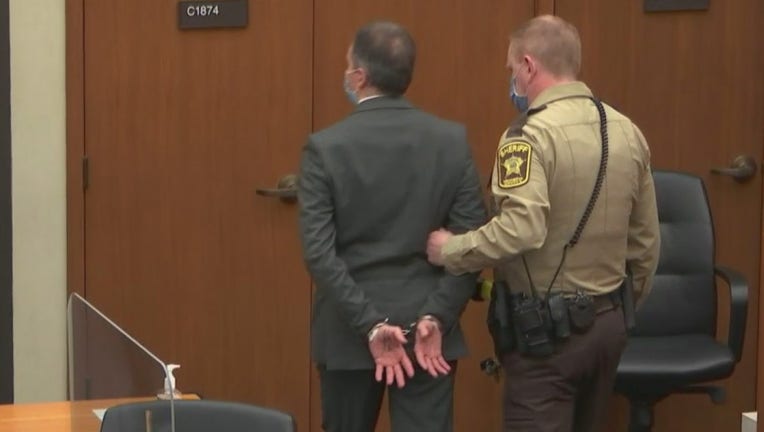 MINNEAPOLIS (FOX 9) - Sources say Derek Chauvin wrote his lawyer’s phone number on his hand before being handcuffed and taken from the Hennepin County Courtroom Tuesday.

After the judge revoked his bail, former Minneapolis Police Officer Derek Chauvin is led away from the courtroom in handcuffs following a guilty verdict on all charges.

The ink on his left hand was visible as he was being removed from the courtroom. The number was attorney Eric Nelson’s, who provided his defense throughout the trial.

Chauvin was booked into Minnesota Correctional Facility-Oak Park Heights at 4:55 p.m. Tuesday after Hennepin County struck an agreement with the Department of Corrections. He will likely remain there until his sentencing.

Chauvin’s sentencing date has not been set, but Cahill said it would be around two months from Tuesday.

For all three charges, he faces a maximum of 75 years in prison. Chauvin is 45 years old.