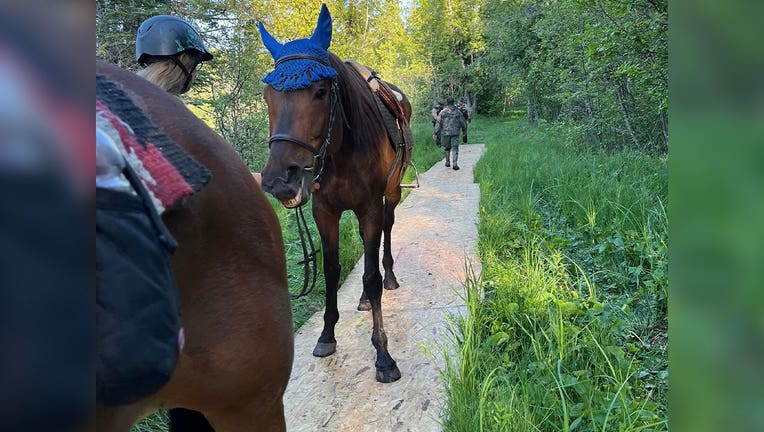 Using boards, deputies were able to create a bridge for the horses to walk on. (Facebook)

Deputies say, around 4:15 p.m. on Saturday, they responded to a report of a group of riders that had run into trouble along a trail at Three Island County Park in Turtle River, Minnesota.

The Beltrami County Sheriff's Office says two people were riding the horses down the trails, which had been flooded out in some spots, when the horses started to sink down. 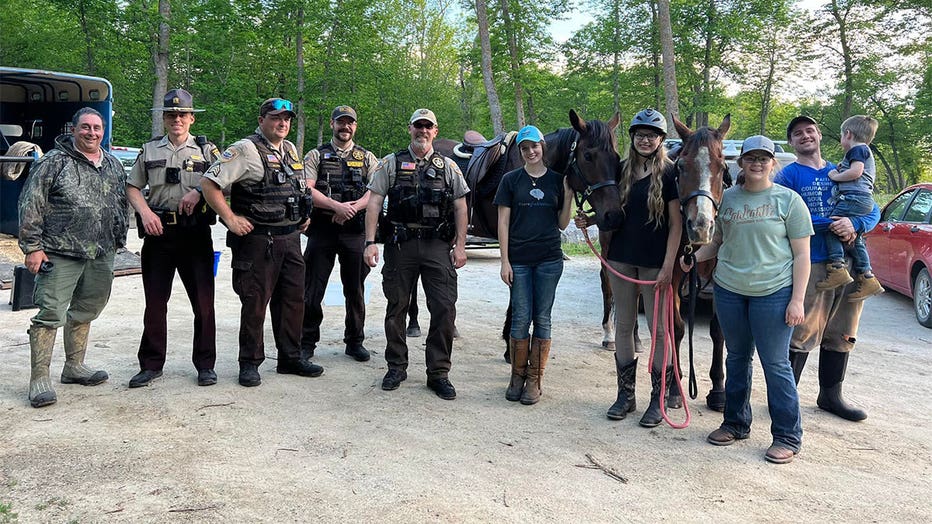 Post-rescue photos with the rescue crews in Beltrami County. (Facebook)

Deputies say, as the horses began to sink, they became spooked and ran further into the bog to the point they were unable to move. The riders were able to call 911 and deputies were able to track them down based on the description of their location.

Borrowing wooden boards from the Bemidji Fire Department and a UTV, deputies were able to get to the stranded horses and the riders. With the boards, they created a floating bridge for the horses to walk on. Deputies say rescue crews "leapfrogged" the boards for about a quarter of a mile until they got to solid ground.

The riders and horses were able to return to the trailhead parking lot a little over four hours after their 911 calls.