Deputies say a man rammed a stolen truck through the front of a convenience store and made off with a pack of cigarettes in Mille Lacs County this week.

FORESTON, Minn. (FOX 9) - Deputies are searching for a man they say stole a truck then rammed it into a Mille Lacs County business early Wednesday morning to steal a pack of cigarettes.

Surveillance video shows the driver smashing the truck through the front of the D&L Express convenience store on Highway 23 in Foreston, Minnesota around 1 a.m.

In the video, the man, wearing a mask, white hoodie and jeans, exit the truck after crashing into the store. 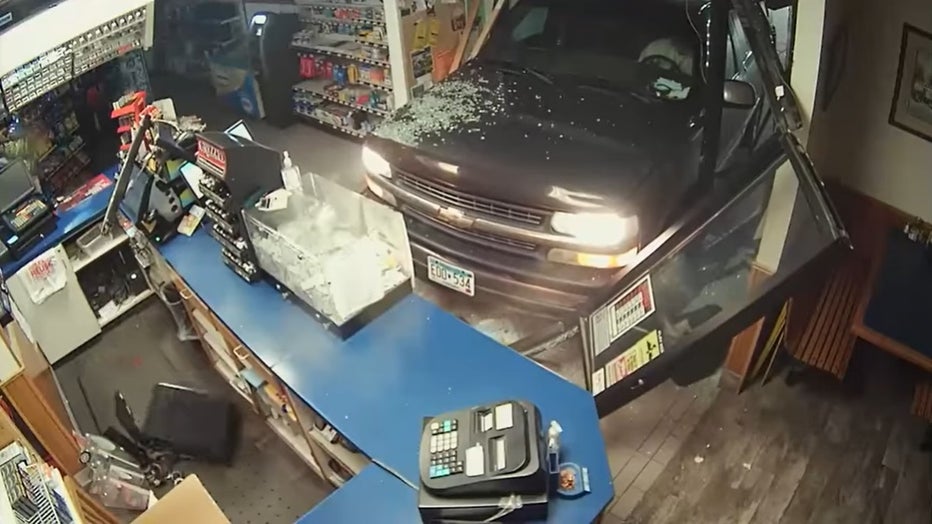 Video shows the man smashing through the front of the D&L Express on Highway 23 in Foreston, Minn. (Mille Lacs Sheriff's Office / Facebook)

Once inside, the man hops the counter and appears to be looking through a cigarette pack holder. Once he finds what he wants, he walks back out and runs away on foot, leaving behind the truck and the wreckage he caused.

According to deputies, the pack of cigarettes was all the man took.

Deputies also released a video of a second vehicle that was seen near the store. They are looking to speak with that driver.