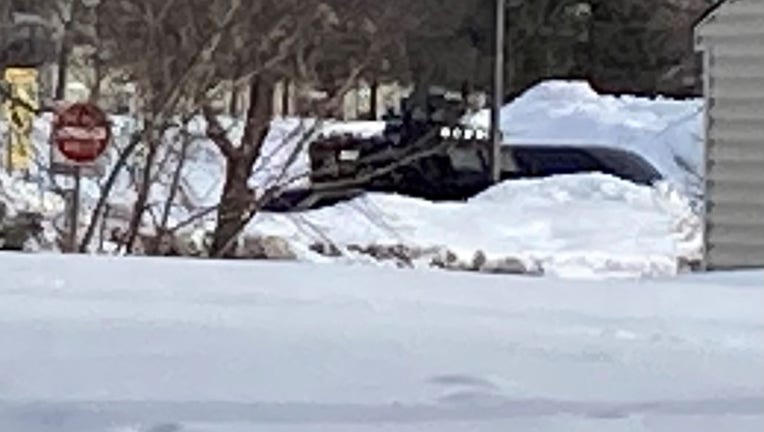 Deputies have locked down the area around Eastview Elementary School and closed the school for the day due to an hours-long standoff with a domestic assault suspect nearby.

Authorities asked the public to avoid the area near Eastview Elementary School in Monticello, Minnesota due to a standoff with a possibly armed domestic assault suspect who refused to get out of his vehicle.

The elementary school closed for the day and the Wright County Sheriff’s Office said it locked down the area of Fenning Avenue Northeast and School Boulevard.

According to the sheriff’s office, the incident began around 8 p.m. Monday night when deputies were dispatched to a home in Albertville for a reported domestic assault. The suspect had left the home by the time deputies arrived, but a woman at the home told them her husband had assaulted her and fled when he learned she called 911.

Due to the woman’s injuries and the information gathered during the investigation, deputies issued a "pick up and hold" for the suspect for felony level domestic assault.

At 12:23 a.m., deputies learned the suspect had returned to the home and reportedly had a gun. He left in a car prior to their arrival.

Deputies located the suspect vehicle a short time later on Jason Avenue Northeast north of County Road 37 just outside of Albertville. The suspect refused to stop and fled from the deputies, so they initiated a pursuit.

The chase ended near Fenning Avenue Northeast and School Boulevard near Eastview Elementary School in Monticello. The sheriff’s office has the suspect’s vehicle surrounded near the roundabout. He was apprehended before 6:45 p.m.