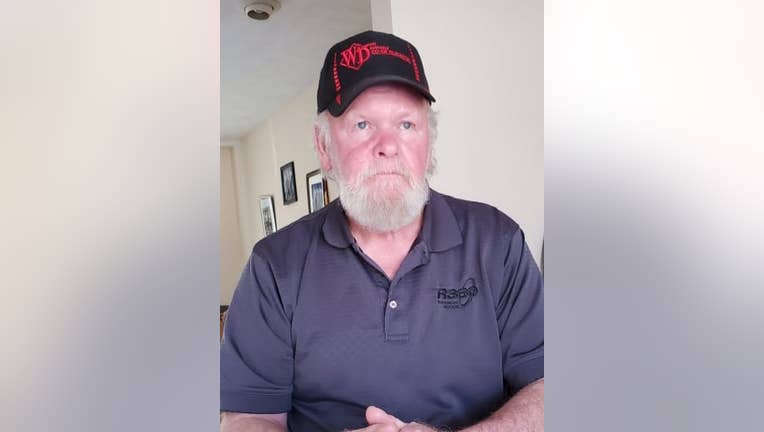 WHEATON, Minn. (FOX 9) - Deputies are asking for the public's help as the search for a missing 68-year-old man along Minnesota's western border enters its third day.

According to the Traverse County Sheriff's Office, 68-year-old Terry Lee McCoy was last seen around 2 p.m. on Wednesday at his home in Wheaton, Minnesota. McCoy has not been seen since and left behind his cell phone and wallet at his home. Deputies say they believe McCoy is on foot and say no vehicles are missing from his property.

On Friday, the Minnesota Air Rescue Team assisted local authorities with the search for McCoy. However, after days of searching, deputies say McCoy still hasn't been located.

Deputies say McCoy is about six-feet tall and 250 pounds with blue eyes, bald with a grey beard. Investigators say McCoy may have recently been injured as well.

Sunday morning, the sheriff's office is organizing a ground search for McCoy and asking for the public to join the effort. They are asking volunteers to meet at 8:30 a.m. at the Wheaton High School parking lot on Sunday.

Deputies say volunteers should dress accordingly to go through brush and prepare for a long walk.