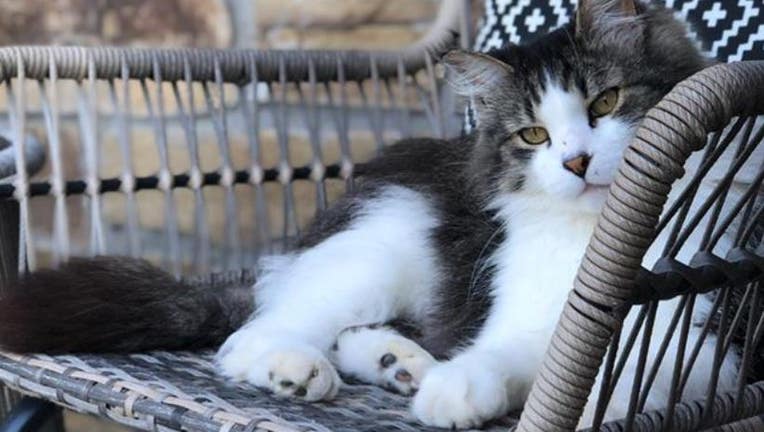 The cat, who answers to the name "Dot," was stolen from its home in Watertown, Minnesota on Oct. 10. (Carver County Sheriff's Office / FOX 9)

WATERTOWN TOWNSHIP, Minn. (FOX 9) - Authorities in Carver County, Minnesota are asking for the public’s help in locating a cat that was stolen from his home last fall by a delivery driver who later let him go.

County Sheriff Jason Kamerud said the owner reported the cat stolen from her home in Watertown Township on Oct. 10.

The owner of the cat said a delivery driver that was at her house appeared to take an interest in the cat. After he left, the owner looked for the cat, but was unable to locate him.

The driver, a 23-year-old man, later confessed to taking the cat, but then releasing him “somewhere outside Watertown” after having a change of heart, according to the sheriff. He was charged with misdemeanor theft and misdemeanor animal abandonment.

The whereabouts of the cat are still unknown. The cat answers to the name “Dot” and is a 12-year-old male, black and white, long-haired cat. Dot weighed 14 pounds at the time he was taken. He is microchipped.

Anyone with information regarding the theft or the whereabouts of Dot are asked to contact Detective Neil Kuhnau at 952-361-1212.