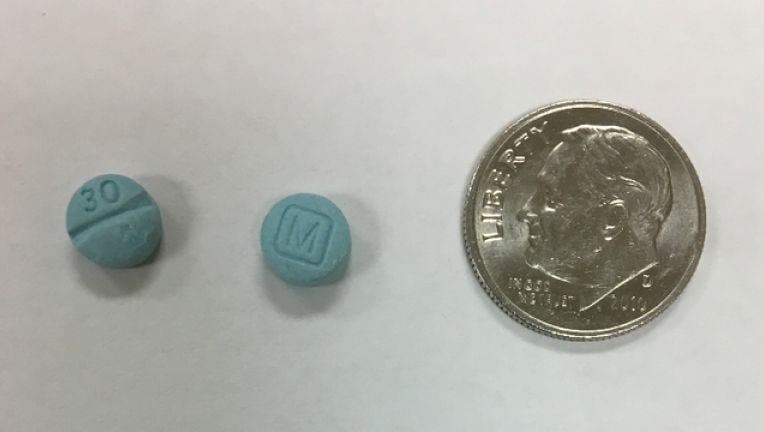 Pills like these manufactured to look like Oxycontin may contain fentanyl, according to the Sherburne County Sheriff's Office. (FOX 9)

(FOX 9) - In 2020, Minnesota had a 30% increase in fentanyl seizures by Drug Enforcement Administration investigators, according to the DEA.

Investigators removed 6.2 kilograms of fentanyl from the streets last year, which equals more than 3 million lethal doses. Fentanyl can be up to 100 times more powerful than morphine. A deadly dose is about the size of few grains of salt.

"Within the first 10 weeks of 2021, joint DEA investigations conducted along with federal, state, and local counterparts have resulted in the seizures of close to 21,000 pills," said DEA Omaha Division Special Agent in Charge Justin C. King in a press release. "We want people to be aware of the dangers these counterfeit pills carry with them. The only prescription medication people should take are those prescribed by a licensed physician and coming directly from a pharmacy."

Methamphetamine, however, remains the most commonly seized drug in the state.