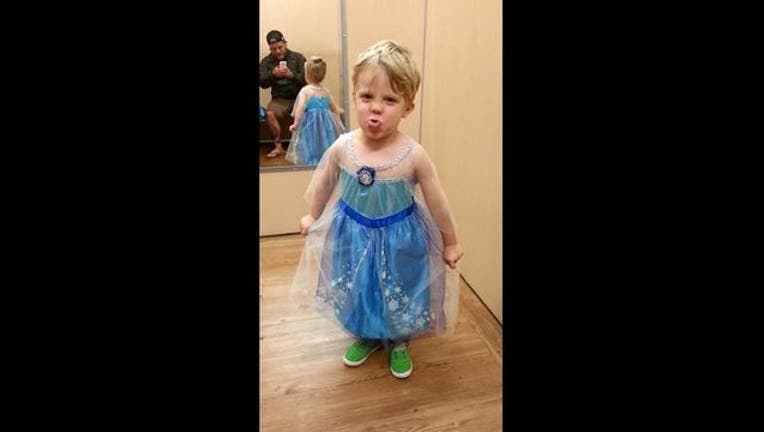 Paul Henson's son Caiden wanted to be Elsa from the unbelievably popular movie "Frozen" for Halloween, and he wants dad to be Anna. "Game on," Henson said.

In a Facebook post that has now been shared over 20,000 times, the 28-year-old dad from Virginia explains he lets his child make his own choices, and Halloween is simply about kids wanting to dress up as their favorite characters, so leave your gender-normative nonsense out of it.

Henson has garnered dozens of primarily positive comments and praise for his open-minded parenting.

One Facebook user named Eric Schuchmann wrote, "This rules. But holy sh** 326 likes, plus like 120 comments? I would hate to have your phone today."

"And all the shares...It's rad though. I love the support. I just didn't think it would be anywhere near this. It gives me slight hope, ya know?" Henson replied.