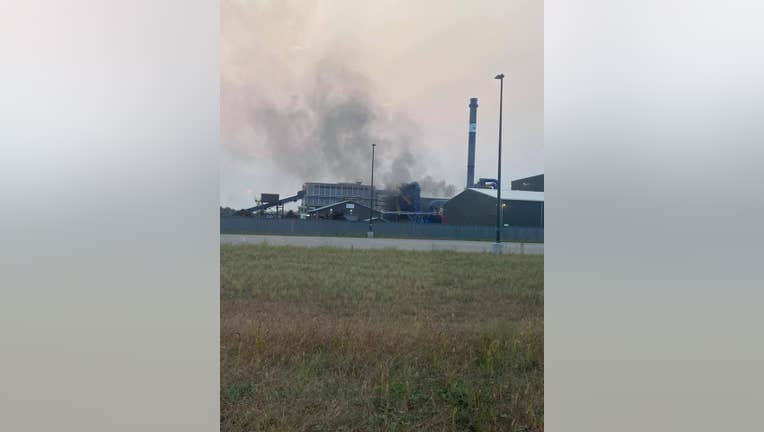 Northern Metal Recycling appears to be on fire again Tuesday evening after burning for days in February. (Kayte Whiteoak)

BECKER, Minn. (FOX 9) - Multiple departments responded to a fire at Northern Metal Recycling in Becker, Minnesota on Tuesday evening. Photos from a FOX 9 viewer showed smoke above the plant. 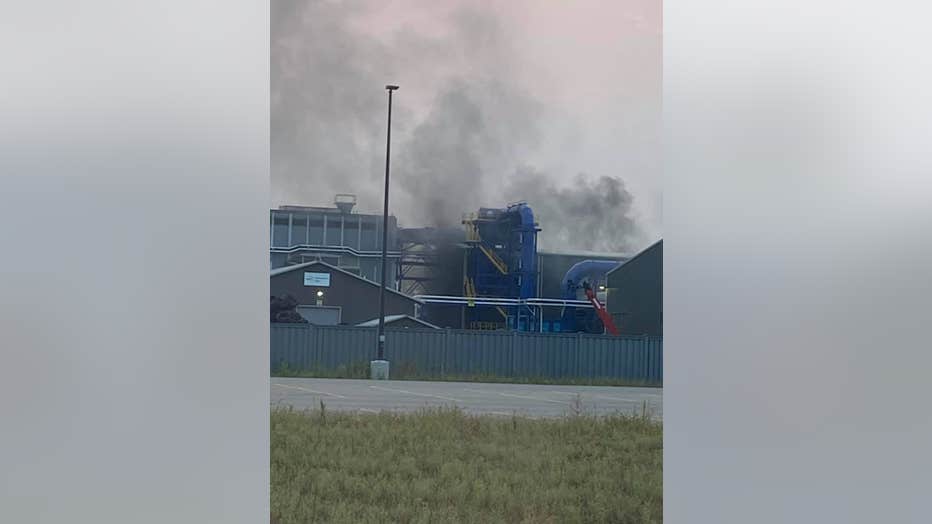 According to the Becker Police Department, the fire was discovered by a maintenance worker on a conveyer belt in one of the buildings at about 7 p.m. Employees quickly contained the fire and called the Becker Fire Department.

Becker Fire responded and requested mutual aid from Big Lake and Clear Lake. Fire crews were able to extinguish the fire, but smoke and steam continued to rise from the plant. Firefighters remained on scene into Tuesday night to monitor the scene and assess damage.

The Minnesota Pollution Control Agency and State Duty Officer have been notified of the fire.

A fire burned for days at the recycling facility in February, which investigators say was likely started by a discarded car battery.