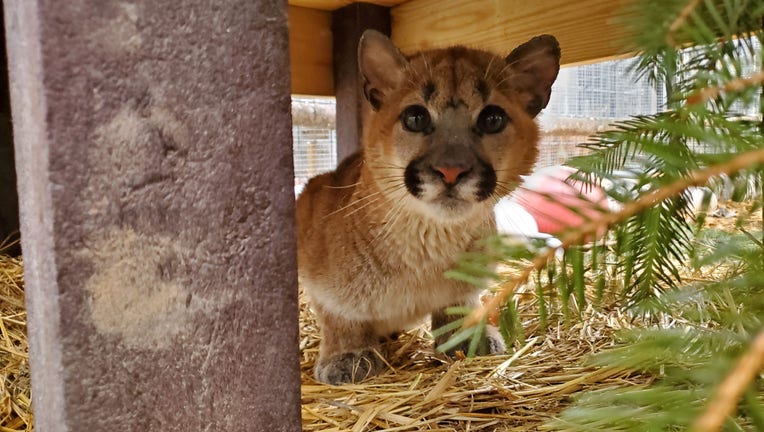 (FOX 9) - The Wildcat Sanctuary in Sandstone, Minnesota shared photos of a cougar kitten's recovery after she was rescued in April.

According to the sanctuary, Anastasia was four months old when she was brought in and was starving, had numerous bites on her body, and was suffering from a large facial wound.

Staff wrote in a release that Anastasia "had been purchased as a pet but because she was unsocialized to people, she ended up turned out on her own in the wild. Unable to fend for herself or allude predators, Anastasia became emaciated and injured."

Good Samaritans then turned her in to the sanctuary.

For more information on The Wildcat Sanctuary, or to donate to the nonprofit, click here.