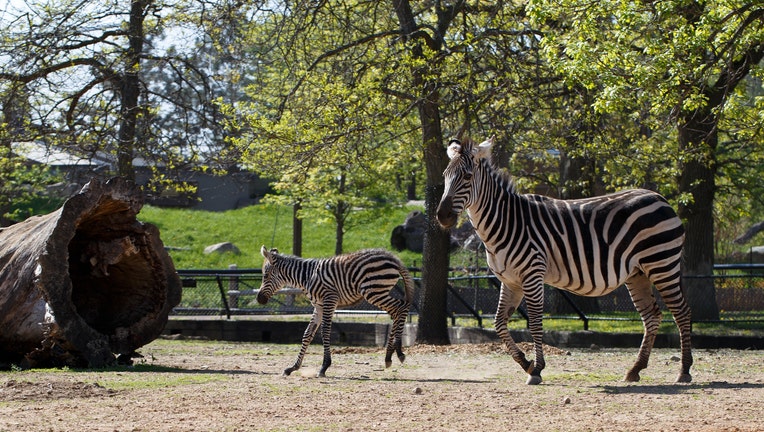 Attendees at the Como Quest event last weekend cast their votes between three potential names for the female zebra: Aurora, Subira or Izara. The final tally declared Aurora, a nod to Minnesota’s pre-professional women’s soccer team, as the clear winner.

The Como Zoo said Aurora won with 50% of the votes while Subira and Izara each received a quarter of the ballots.

Aurora was born on May 24 and is Minnie’s fourth offspring. Aurora is the newest member of the heard joining Thelma and Ulysses. Como Zoo’s zebras are part of the Association of Zoos and Aquariums Species Survival Plan Breeding Population Program.

The Como Zoo says Aurora is available for sponsorship which helps with their wildlife conservation efforts.