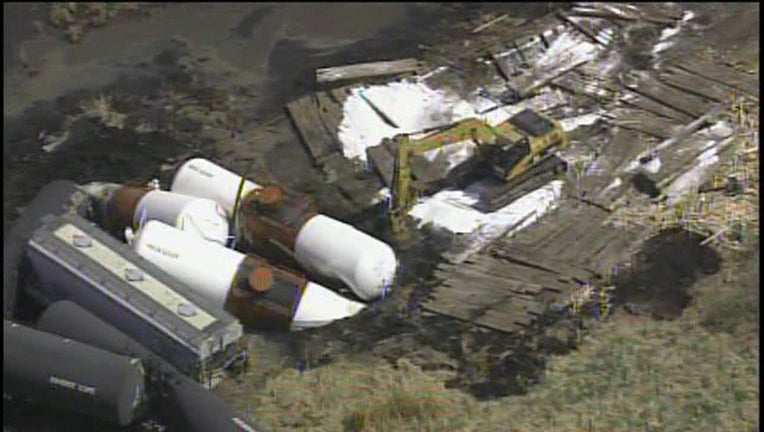 Crews were on scene Sunday as the trainwreck cleanup continued in Albert Lea, Minnesota. (FOX 9)

A spokesperson from Union Pacific says 14 of the cars carrying "mixed commodities" have been removed and heavy machinery is being used to clear up the remaining cars.

The cause of the trainwreck is still under investigation.

Saturday night, Union Pacific said they found two of the cars were leaking hydrochloric acid. However, Freeborn County officials said there were no risk to the public from the wreck.

Saturday afternoon, Union Pacific said 14 cars had been cleared but the cleanup was expected to last into the work week.