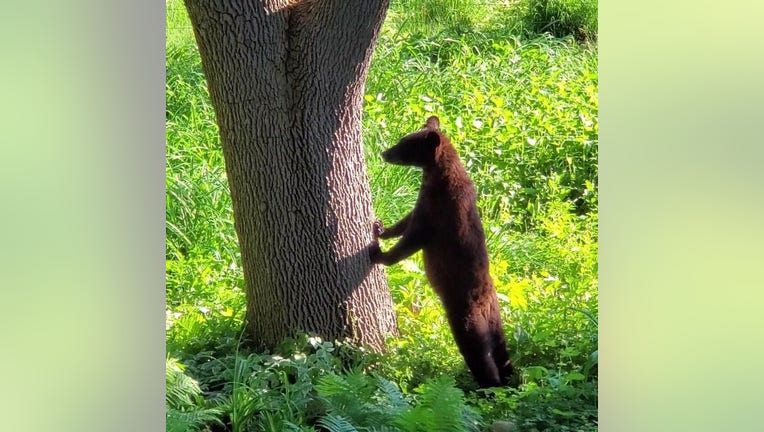 A bear was spotted in Maple Grove, Minn. over the weekend, prompting a City Councilor to urge caution. (Kristy Barnett/Twitter)

MAPLE GROVE, Minn. (FOX 9) - A Maple Grove City Councilor sent out a message of caution Sunday after a bear was spotted on the north side of the city Saturday.

According to Kristy Barnett, a message was sent out to neighborhood watch coordinators in the city about the young bear that was seen near the Elm Creek Park Reserve.

According to Barnett, there have been no reports of damage. However, the city is asking people who live in the northwest corner of the city to take down bird feeders and to secure their garbage cans.

“If we can remove any possible sources of food for this young bear, then it will hopefully start to travel north and get out of the area,” Barnett said in a thread of tweets Sunday.

Barnett said the bear appears to be a juvenile.