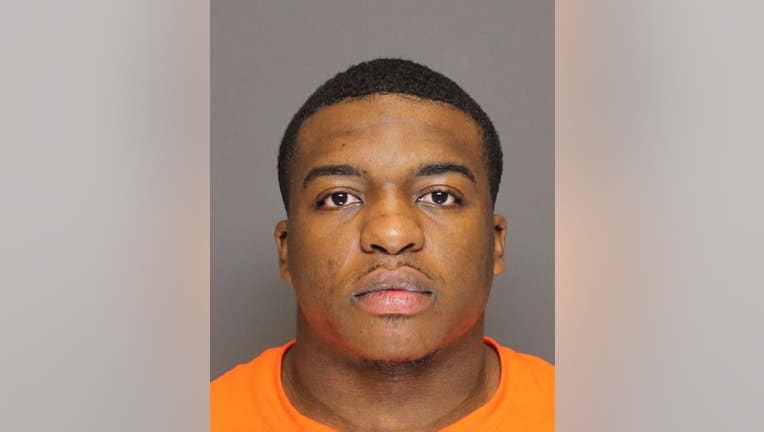 Ario Stephens (pictured) and Kirkston Smith both face felony charges for trying to break open an ATM in West St. Paul before leading police on a chase.

WEST ST. PAUL, Minn. (FOX 9) - Two men are facing felony charges after police say they used a rented U-Haul pickup truck to try and steal from an ATM from a West St. Paul Wells Fargo location before leading police on a lengthy chase in the west Twin Cities metro area.

In interviews after their arrests, the men admitted to planning the ATM heist in the days leading up to the robbery attempt. Stephens said they attached a chain to the U-Haul and hooked it to the ATM. They accelerated to try and pull the ATM apart to gain access, but they failed and left the scene.

The charges say the two men tried to pry open the ATM after midnight Feb. 14, 2020. Police responded to the scene and found the damaged ATM, but it wasn’t until later that Edina and Minnetonka Police Departments began a pursuit of their U-Haul pickup.

Just after 1 a.m., Edina Police found the truck heading west on Hwy. 62 near Tracy Avenue in Edina, at which point officers attempted to stop them.

Police say it appeared the truck was going to head west on Hwy. 212, but it changed direction to Hwy. 62 and increased speed.

Officers stopped the pursuit and the U-Haul truck turned off its lights to try and evade detection, but the officers continued following it at a further distance.

Minnetonka Police intercepted the vehicle at I-494 and Hwy. 62 and began another pursuit. The car jumped a raised concrete median to enter Hwy. 169 at one point before exiting and heading into an apartment complex near the underground garage.

The driver and passenger left the car on foot and a Plymouth Police Department K9 found the suspects. They were taken into custody.