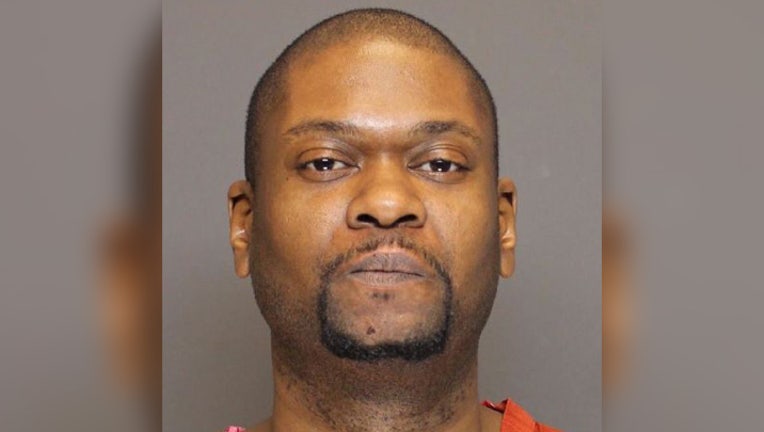 Adams is charged with second degree murder in connection to a fatal stabbing in West St. Paul.

WEST ST. PAUL, Minn. (FOX 9) - A 38-year-old man is charged with murder after a man was fatally stabbed at a group home in West St. Paul, Minnesota Monday morning.

John C. Adams II is charged with second degree murder in connection to the death of David Rahn on Feb. 17.

According to the criminal complaint, about about 3:51 a.m. Monday, police were dispatched to a residence on the 1500 block of Christensen Avenue on a report of a disturbance. The residence is a group home operated by the Minnesota Department of Human Services. The caller, a staff member at the group home, said the disturbance was taking place between two group home clients.

A staff member said she heard Rahn screaming for help and when she got to his room, someone was blocking the door and told her "it was okay." The staff member called 911 and said it had gone quiet in Rahn's room and that "something isn't right."

When the first police officer arrived, he saw a man run across the street and into the group home. He was later determined to be Adams.

Officers then entered Rahn's room where they found him unresponsive and noticed he had sustained several stab wounds to the neck and back. Medics were unable to revive him, and he was declared dead at the scene.

Meanwhile, officers spoke with Adams, who said that Rahn had "busted into his room" and attacked him. Adams said that the two started wrtestling, so Adams ran and got his knife to defend himself. He said he went to Rahn's room and that Rahn "was still attacking" him so he defended himself.

According to the complaint, Adams said he threw the knife away. Officers later found the knife and bloody gloves in a trash bin across the street.

In an interview with police, Adams said that he had gone to bed at about 11:30 that night, and a few hours later, he saw Rahn was standing in Rahn's doorway holding a knife. Adams said Rahn told him not to come into his room, but Adams did. Adams said that when he went into Rahn's room, Rahn said he had nothing to live for and started stabbing himself.

Adams told police he tried to grab the knife, but was unable to do so because Rahn is "a very strong man." Adams said he believed Rahn was going to attack him, so he balled up in the corner of the room while Rahn continued to stab himself. Adams said that after Rahn ran out of strength, Adams grabbed the knife, ran to the place of worship across the street and threw the knife away. He said that after he was done crying, he went back to the group home and found police officers on scene.

According to the complaint, the Hennepin County Medical Examiner determined that Rahn had sustained at least 20 sharp force injuries to one of his hands, which is consistent with defensive wounds. Rahn also sustained blunt force trauma to his head.