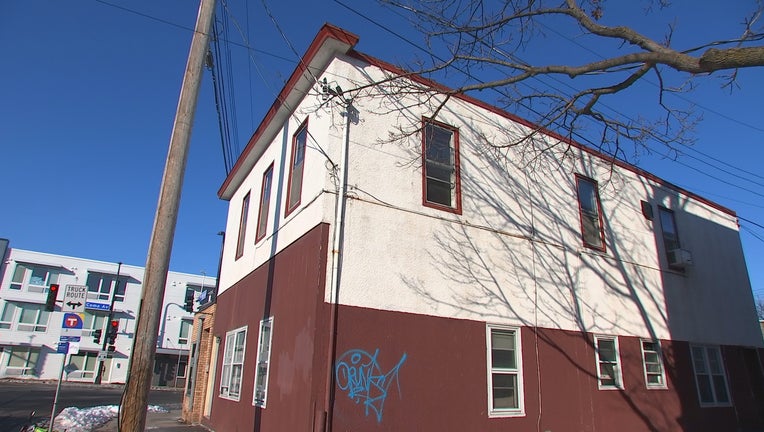 Police responded early Saturday morning for an incident at an apartment on the 900 block of Como Avenue. (FOX 9)

MINNEAPOLIS (FOX 9) - Early statements from the suspect accused of fatally stabbing her boyfriend in Minneapolis contributed to a chaotic and confusing death investigation on Saturday.

Now that woman, 35-year-old Zara Jo Case, is charged with murder in the second degree for the death of 39-year-old Joseph McRunnel.

McRunnel died at the hospital Saturday morning after the attack on Saturday on the 900 block of 15th Avenue SE Minneapolis' Como neighborhood.

According to police, they responded to an apartment around 5:23 a.m. for a neighbor dispute. At the scene, officers encountered Case, who they said was naked from the waist down and very intoxicated.

Case's neighbor reported that she broke his window and then was attempting to force her way into his apartment. He said he needed to block the door with a refrigerator to keep her out. Officers said Case was "saying strange and incoherent things." When police asked her if she was on drugs, they say Case responded back: "Absivitely not."

After about 30 minutes, police were able to get Case to go into her boyfriend's apartment. McRunnel was also intoxicated, police said, but cooperative with police.

Officers left the scene at 6:05 a.m. but were called back about a minute later. This time, the call was for a female on the street screaming about her boyfriend stabbing himself.

Police found McRunnel injured in his apartment with Case. When asked who stabbed him, McRunnel initially said "just some f---ing people" before saying he thought he hadn't been stabbed. Investigators first believed he had been cut by glass and would survive the injury. However, McRunnel passed away at the hospital from a 10.5-centimeter deep stab wound in his chest.

"I stabbed him," Case told officers, according to the charges. "That's all there is to it. We were f---ing s--t-faced angry. He accidentally got stabbed and now he's dead. I am going to prison forever."

Police say Case later admitted to struggling with addictions to meth and alcohol. She also later claimed not to remember what happened when her boyfriend was stabbed.

Speaking with family, McRunnel's parents, neighbors, and friends said he was calm and passive and had no history of suicidal tendencies. Conversely, they said Case had an explosive personality when she was high or drunk.

Case is being held in Hennepin County Jail on the charges.