University of Minnesota police issued an alert Saturday night after the report of a robbery near housing off Como Avenue. 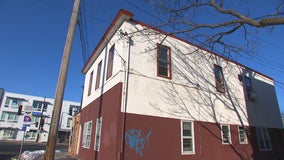 Early statements from the suspect accused of fatally stabbing her boyfriend in Minneapolis contributed to a chaotic and confusing death investigation on Saturday.

Police investigators are working to determine what led up to the death of a man Saturday morning in Minneapolis' Como neighborhood.