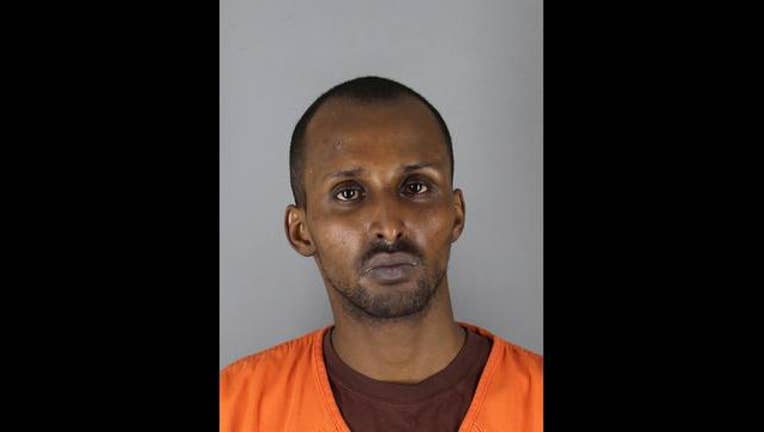 MINNEAPOLIS (KMSP) - A 32-year-old Bloomington man is facing multiple charges after he reportedly hid in a women's bathroom at Minneapolis Community and Technical College, then crawled into a stall in an attempt to sexually assault a woman.

An MCTC official told Fox 9, the incident happened just after 1 p.m. Friday on the second floor of the campus' Technology building.

According to the criminal complaint, when Minneapolis police responded to MCTC, they found people comforting a woman, while MCTC security officers were detaining a handcuffed Mohamed.

The woman immediately began kicking and screaming at Mohamed. She told police, he covered her mouth and told her he would kill her. The woman continued screaming and struggling with Mohammed. In the struggle, he ripped out her earring and pulled her hair. The woman told police she was convinced he was going to rape her.

Bystanders nearby heard her screams and came to help. They found Mohamed choking the woman with one hand and smoking a glass pipe with his other hand. The woman was screaming and hitting Mohamed while her pants and underwear were down around her knees.

When Minneapolis police arrived to take Mohamed into custody, an officer pat-frisked him for weapons. Mohamed told the officer to "f--- off" and "I'll rape you too."

During the investigation, Crime Lab officials found the toilet seat in the handicap-accessible stall was covered in muddy shoe prints, showing Mohamed apparently stood on the toilet seat while waiting for a victim to enter the next stall.

Mohamed has been charged with indecent exposure twice before, but the charges were dismissed due to "mental deficiency." He was civilly committed twice in 2016.

Due to his history, the charges say, "the State does not believe any form of conditional release is sufficient to protect the public from [Mohamed.]"

Mohamed is in custody at Hennepin County Jail.