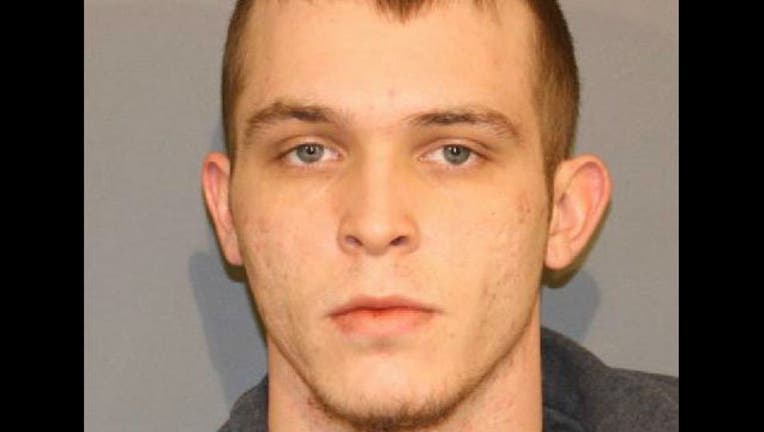 But what's notable about Panagos's case is what he allegedly heisted from the store -- not money, high-end liquor, or even craft beer for that matter.

Instead, according to what officers saw in the surveillance footage, after breaking into the store with a tire iron, Panagos "went directly into the beer cooler to the Keystone Light section and took three cases of Keystone Light."

"The defendant then exited the store carrying three cases of Keystone Light, making no attempt to approach the cash register or take anything else from the store," the complaint continues.

Police later posted stills from the surveillance video to the Hibbing PD's Facebook page. Though some doubted the value of releasing the grainy images, one tipster contacted authorities and said a vehicle visible in one of the shots belonged to Panagos's girlfriend.

"The anonymous tip indicated that the defendant was [the woman's] boyfriend, who had access to [her] vehicle and wore the type of shoes that were seen in the video, and drinks Keystone Light," the complaint says.

A subsequent search of the vehicle turned up a tire iron "with fresh glass on the end of the iron."

Inside the apartment Panagos shares with his girlfriend was found a bunch of Keystone Light, including cases with expiration dates matching the dates on the cases that were lifted from the store.

In a Duluth News Tribune report published before Panagos was arrested, a Some Beach Liquor employee characterized the suspect as the "Keystone bandit."

"What a silly thing to do; steal a few cases of beer and risk going to jail," the employee said.