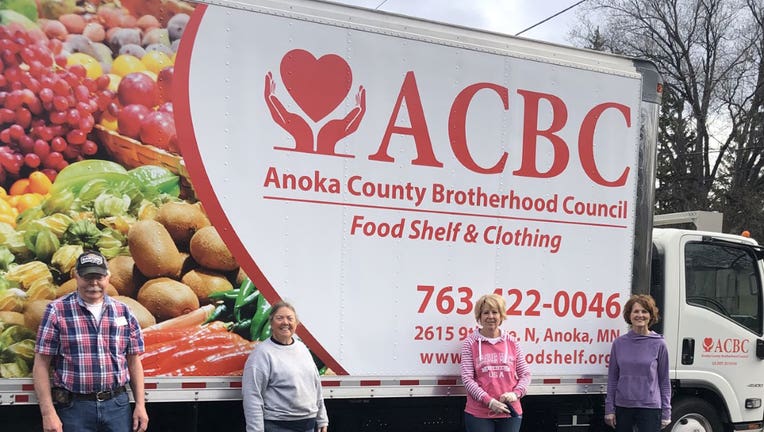 The ACBC food shelf refrigerated truck had its catalytic converter stolen and now the group has had its most valuable asset sidelined during a time of unique need.

The months-old refrigerated box truck belongs to the Anoka County Brotherhood Council Food Shelf and now the shelf is temporarily without one of its most valuable assets.

A Twin Cities area food shelf hit a roadblock this week after thieves stole the catalytic converter from its delivery truck.

"To do it to a food shelf," said ACBC Executive Director Stephanie Lehman. "Our truck says it’s a food shelf right on the side of it. It’s very large. It would be hard to miss what we do and who we are."

More than a year into the pandemic, Lehman says demand for ACBC’s services remains high.

"I guess I just never in a million years would have thought that somebody would have done it to a food shelf truck that’s supposed to be providing a much-needed and available resource in the community," said Lehman.

Anoka police say that the incident is one in a string of catalytic converter thefts in the neighborhood in recent weeks.

Lehman says that it could be a while before their truck is back on the road.

"I hope that the community takes care of themselves and stay safe because apparently this is a big problem," said Lehman.