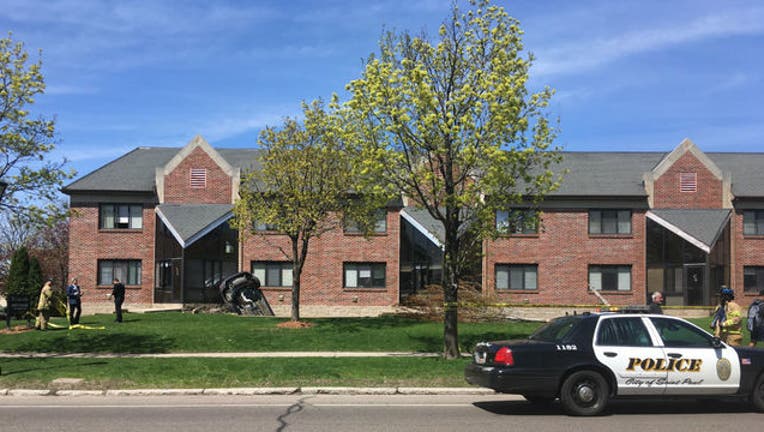 A car swerved to avoid another vehicle on Marshall Avenue in St. Paul, Minnesota Tuesday afternoon and drove into a window well of a dorm at Concordia Unviersity, St. Paul.

ST. PAUL, Minn. (FOX 9) - A car ended up inside a window well of a residence hall at Concordia University in St. Paul, Minnesota Tuesday afternoon.

St. Paul Police Department spokesperson Sgt. Mike Ernster said the car is believed to have been driving on Marshall Avenue when it swerved to avoid another vehicle. The car ended up in the window well of the residence hall.

Both Ernster and the university confirmed no one was injured.

“In this case, I can assume that the vehicle was trying to stop, to a certain degree, rather than ramming directly into the building, which allowed it to end up in that window well as it did," Ernster said.