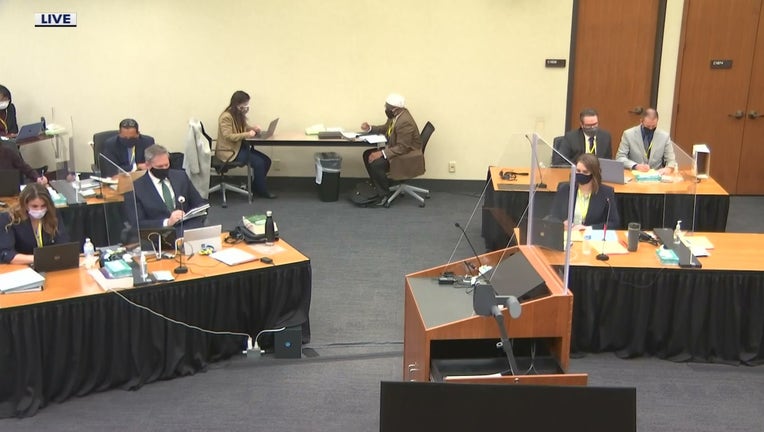 MINNEAPOLIS (FOX 9) - The second trial for three former Minneapolis police officers facing charges in the death of George Floyd will have cameras in the courtroom, much like the trial for Derek Chauvin, a court administrator announced Wednesday.

The court will allow the case to be streamed live following the success of the first trial. For Chauvin's trial, a judge allowed cameras to carry the case live from jury selection to verdict -- a first for Minnesota.

The second trial for three former Minneapolis police officers facing charges in the death of George Floyd will have cameras in the courtroom, much like the trial for Derek Chauvin, a court administrator announced Wednesday.

"You have to remember too, the cameras were in the framework of all the other strangeness in the courtroom," said prosecutor Jerry Blackwell. "That you’re in a Plexiglas podium that feels like talking from a phone booth."

The state’s prosecution team recently spoke about the mounted, remotely-operated courtroom cameras that rolled throughout Derek Chauvin’s murder trial, the live stream seen around the world.

"It’s like shopping at Target, you didn’t really notice," added prosecutor Steve Schleicher. "You go in and do your thing."

It was unprecedented camera access for criminal court proceedings in Minnesota, ordered by Judge Peter Cahill because of the ongoing pandemic, overwhelming interest in the deadly arrest of George Floyd, and the requirement of a public and open trial for the defendant.

Attorney General Keith Ellison initially opposed the idea. but Ellison said this week he came around as Judge Cahill addressed the AG's concerns on a number of fronts including shielding the identities of young witnesses on the stand by shutting off the video feed and instead, allowing only audio of the testimony.

"Look, you know, we all watch reality TV shows, that was one thing I was really worried about," said Ellison. "I didn’t want this trial to be a reality show. I wanted this trial to be a pursuit of the truth and I was worried cameras might interfere with that goal. But it turned out, it worked better than I thought, so I’ll say, I can be wrong, I guess I was a little bit."

"There’s enough momentum and support now for cameras after we’ve seen it done in truly the highest-profile case the state has seen, that there will be a push to go to the Supreme Court and ask them to make a permanent change to that rule," said Walker.

It should be noted that the court could revisit the decision to allow cameras for the second trial if either of the parties disagree.