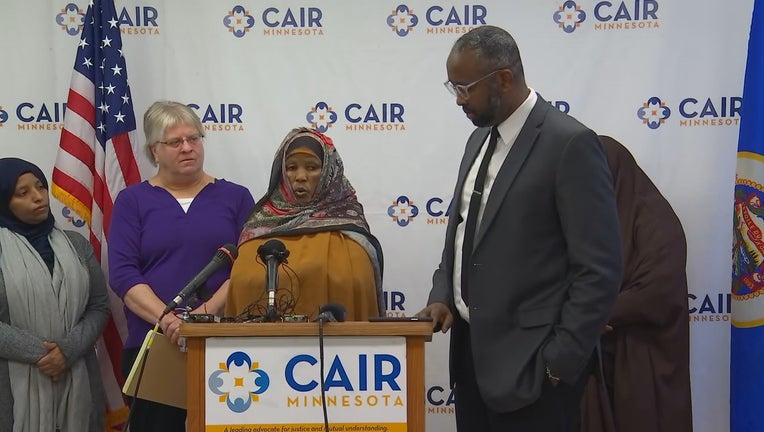 CAIR-MN Executive Director Jaylani Hussein and the mothers of the teenage boys involved in the 2018 incident announce a settlement has been reached with the Minneapolis Park Police. (FOX 9)

MINNEAPOLIS (FOX 9) - The Minnesota chapter of the Council on American-Islamic Relations announced Wednesday it reached a settlement with the Minneapolis Park Police over a 2018 incident where officers handcuffed four Somali teenagers.

The incident occurred at Minnehaha Regional Park on July 10, 2018. Officers handcuffed the teenagers, ages 13 to 16, and one of the officers pointed a gun at one of them after a 911 caller said the boys were assaulting her boyfriend and had weapons.

The Minnesota chapter of the Council on American-Islamic Relations announced Wednesday it reached a settlement with the Minneapolis Park Police over a 2018 incident where officers handcuffed four Somali teenagers.&nbsp;

Witnesses later told police the caller was making the story up and they never saw an assault or any weapon.

CAIR-MN filed a discrimination lawsuit against the police department. The two parties settled the lawsuit for $170,000, distributed equally between the families of all four boys.

CAIR-MN is also hoping the settlement will encourage the Minneapolis Park Board and the police department to provide training to officers so they will treat people using the city’s parks “fairly and properly” during any future incidents.

In a statement, the Minneapolis Park and Recreation Board, which oversees the park police, said the settlement agreement is not an admission of wrongdoing by the park board or police.

“We are committed to providing safe and welcoming parks for everyone,” MPRB Superintendent Al Bangoura said in a statement. “We took the 2018 incident at Minnehaha Falls seriously and conducted an independent employment investigation of our officers’ conduct. With last year’s settlement, the juveniles, their families and the MPRB can move forward.”