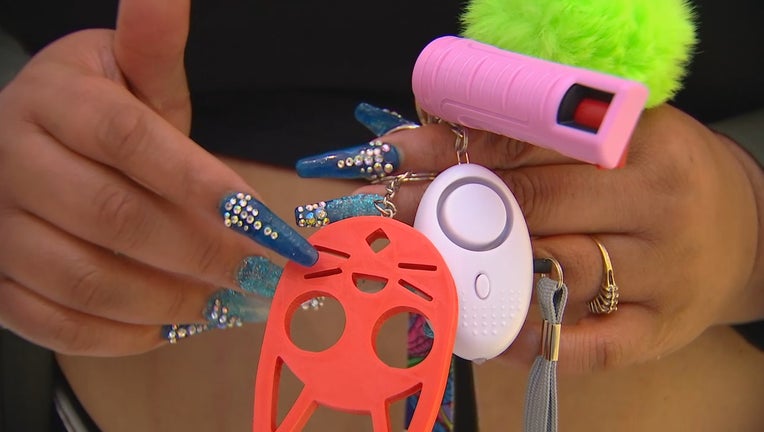 Turquoya Williams, the founder of Soul Sistas, is offering free self-defense tools to Asian women in light of the Atlanta shooting. (FOX 9)

(FOX 9) - Turquoya Williams, the owner of Soul Sistas is on a mission to make people feel safe. She sells safety items such as mace and alarms inside Mall of America after her own close encounter.

"I worked a 14-hour shift and two men approached me they tried to grab my bag off of my shoulders," she told Fox 9 during an interview. "I tried to push one-off, and they tried to physically assault me."

Williams said it was late at night, she screamed for help, but no one heard her.

"I think about what if I would’ve had this," she said, pointing to her mace.  "That would’ve deterred them."

When she heard about the deadly shooting in Atlanta, her instinct to help kicked in.  That’s why she’s giving out some of her safety tools to women who identify as Asian.

"It really broke my heart," said Williams. "Being a woman, in particular a woman of color, and just feeling like you’re not protected."

A California State University recent study found hate incidents against Asian Americans have gone up by nearly 150 percent over the past year in major cities nationwide -- leaving many Asian Americans are afraid to leave the house.

"The thought that anyone can approach you at any time because of your race is scary and anxiety-provoking," said Brenna Kyeong McHugh. "I definitely felt more anxiety in the past year."

Williams says she doesn’t want anyone to feel this way.

"It’s my hope that we don’t need these one day and that people will start minding their business and start moving in love."