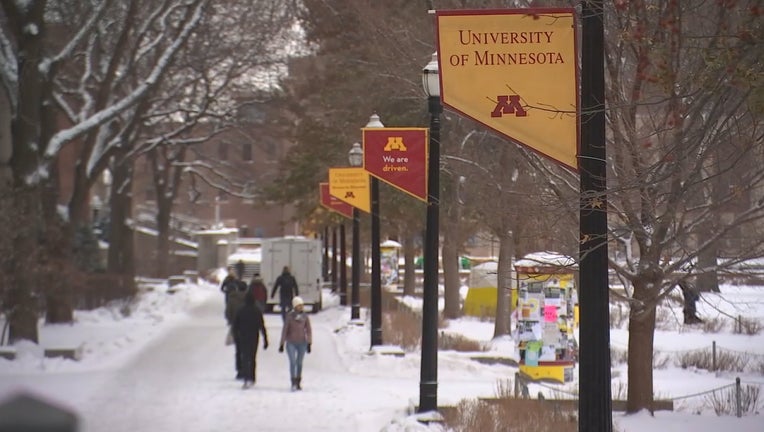 MINNEAPOLIS (FOX 9) - Does the University of Minnesota pay too much for its administrators? Questions over pay for university leaders were raised Thursday as the Board of Regents approved the salary for its new provost.

"One single candidate percolated to the top," explained University of Minnesota President Joan Gabel. "Why? Because she really has it all."

A board Thursday approved the contract for the University of Minnesota's new provost despite concerns the school is paying too much for administrators as it faces budget concerns elsewhere.

It’s a 26 percent jump from her current salary at Michigan State ($433,000), where she’s Dean of the College of Social Sciences.

It’s also a 16 percent increase over the current provost, Karen Hanson, who made $468,339 while serving as provost for nine years. 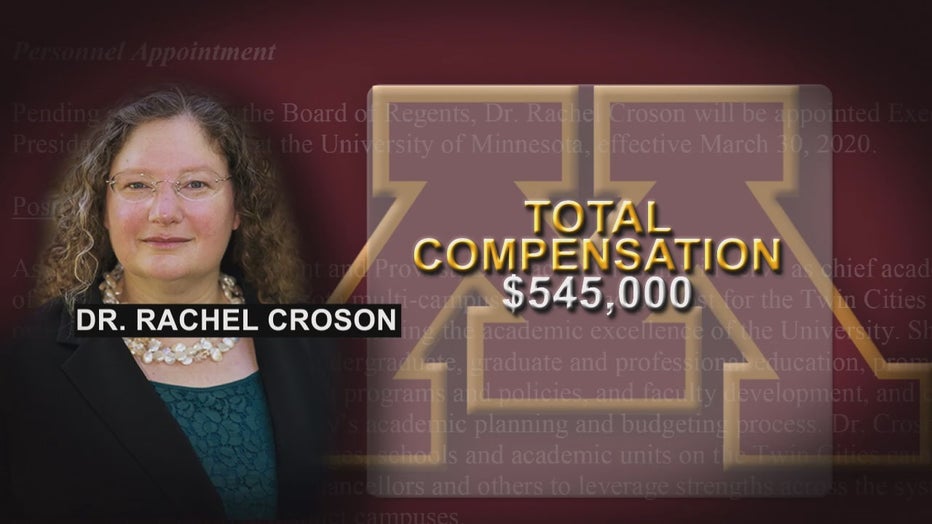 "I think this contract has a months-long compensation for moving, that’s 40 grand," said board member Darrin Rosha. "When people are asking, 'Who’s responsible for the dramatic increase in the cost of education,' I hope you raise your hand."

"Board rooms like this are the only place where people are comfortable with this," said board member Mike Kenyanya.

The payroll for university leadership and oversight, which includes the executives as well as deans, department chairs and directors, is $276 million a year, or 12 percent of all administrative personnel expenses. 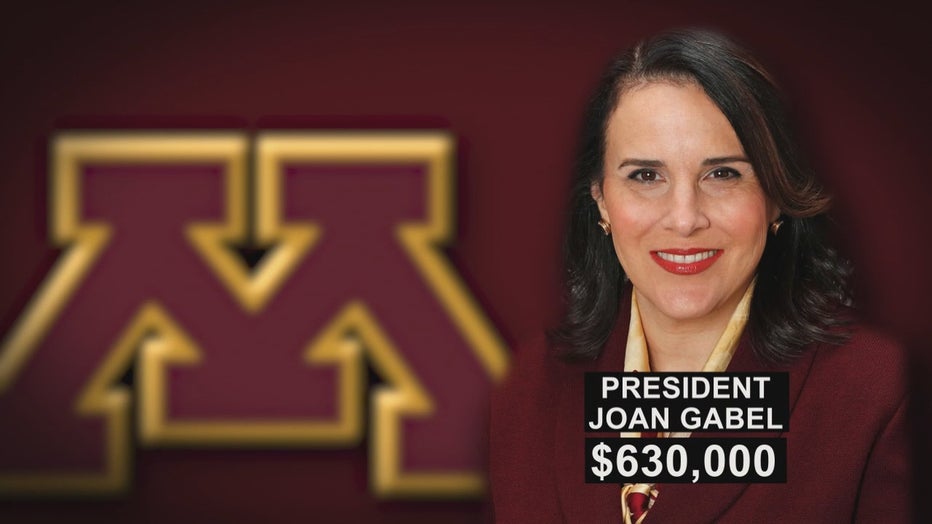 "I think we are being called into question whether we are being good stewards," said board member Michael Hsu.

The U’s compares its salaries to other Big Ten schools, which critics say drives up salaries, at a time when tuition costs outpace inflation and even health care -- all of it subsidized by student debt.

In the end, the regents deferred to President Gabel, saying this is what the market will bear, in academics like athletics.

"Ten minutes ago, we paid $645,000 for the defensive lineman of our football team because we know we needed to," argued board chair Ken Powell.

Along with the reservations from some of the board members, a group of state lawmakers also sent a letter calling for Thursday's vote to be delayed. In that letter, the lawmakers cited financial struggles the university is facing, specifically the decision to lay off staff at the University of Minnesota-Duluth, as the motivation to take a closer look at Dr. Cronson's salary.

The lawmakers say they are also concerned with the "skyrocketing cost of higher education" that Minnesota families struggle to find ways to cover.

The letter reads in part: "We want you to imagine the frustration being felt this holiday season by those facing layoffs at UMD, or families who are struggling to pay for their child's tuition costs, when they see on the news that a single administrator will be making six-times more than the median Minnesota family in a single year."