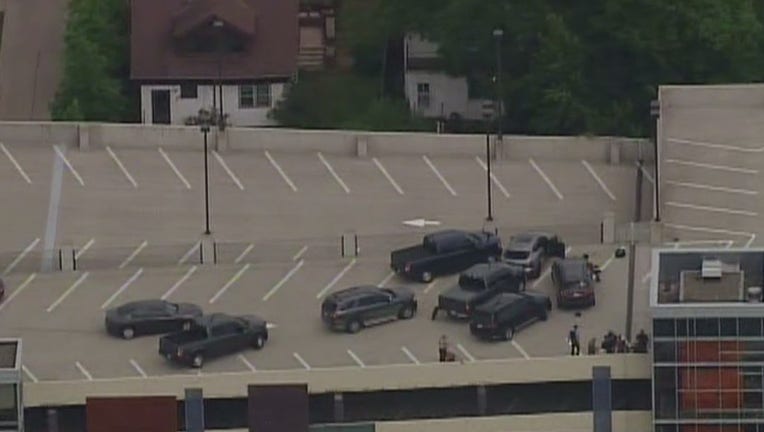 MINNEAPOLIS (FOX 9) - There is no body camera or squad car footage of the deadly law enforcement shooting of a man at a Minneapolis parking garage according to the Minnesota Bureau of Criminal Apprehension.

According to the BCA, the U.S. Marshal Service does not allow the use of body cameras for officers serving on its North Star Fugitive Task Force. There is no squad car footage of the incident.

Thursday afternoon the task force was attempting to arrest a man, identified by family as Winston Smith, who had a warrant for felony firearms violation. The encounter occurred on the top level of the parking ramp in the 1400 block of Lake Street.

Smith died at the scene. The Hennepin County Medical Examiner's Office will make the formal identification and perform an autopsy.

A 27-year-old woman was in the car with Smith at the time and suffered minor injuries from glass debris.

The case remains under investigation by the BCA. Once its findings are complete, the agency will turn over its findings to a prosecutor for a charging decision.

In the hours following the shooting, protesters gathered outside the parking garage in the 1400 block of W Lake Street. Late Thursday night, civil unrest broke out in the Uptown area. A dumpster was lit on fire and multiple businesses were vandalized and looted.

Governor Tim Walz said there are no plans at this time to deploy the Minnesota National Guard for civil unrest.