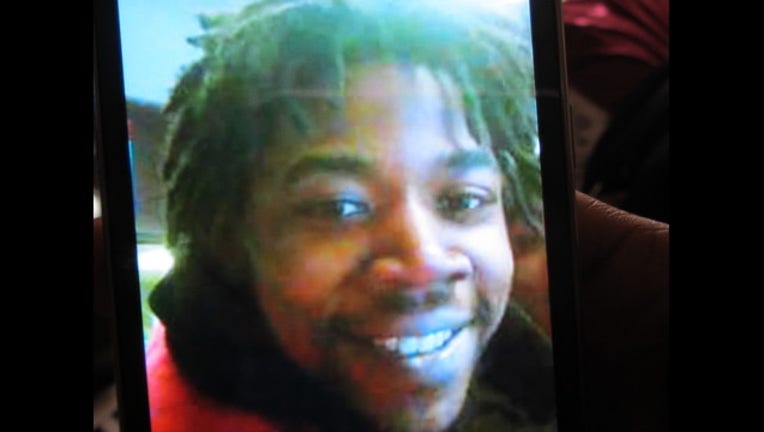 MINNEAPOLIS (KMSP) - The Minnesota Bureau of Criminal Apprehension announced Wednesday afternoon they've completed their investigation into the officer-involved shooting death of 24-year-old Jamar Clark, which happened about 3 months ago. Hennepin County Attorney Mike Freeman confirmed case will be reviewed by a grand jury.

The bureau's findings have been turned over to the Hennepin County Attorney’s Office for review, who says this investigation is far from over, but expect a decision on whether charges will be handed down by the end of March.

Attorney’s Office spokesperson Chuck Laszewski said the investigation will be concluded and documents and video from the incident could be released to the public once a potential trial is over should they choose to prosecute the officer, or if they choose not to. The Department of Public Safety said the videos won't be released until the case is closed.

The Minneapolis Police Department requested the BCA investigate the incident, who said none of those videos show the entire incident.

The officers have returned to work as of Jan. 6 and were assigned to the Special Operations and Intelligence Division, Minneapolis police PIO John Elder confirmed.

"The Minnesota Bureau of Criminal Apprehension has completed its nearly three-month investigation into the fatal shooting of Jamar Clark by Minneapolis police officers. The BCA delivered its case file to the Hennepin County Attorney’s Office late Tuesday afternoon. Prosecutors will now review the file for completeness and additional investigation may be necessary. Although it is difficult to predict how long the review will take, Hennepin County Attorney Mike Freeman said he would like to have a decision on whether charges are brought by the end of March."

Jamar Clark was shot by Minneapolis police at 12:45 a.m. on Sunday, Nov. 15 outside of an apartment on the 1600 block of Plymouth Avenue N. Clark died Monday, Nov. 16 after he was removed from life support. Witnesses have said Clark was in handcuffs and unarmed at the time of the shooting, but Minneapolis police said preliminary reports indicate Clark was not handcuffed.

According to the BCA, Minneapolis police officers responded to a request for assistance from paramedics who reported that Jamar Clark was disrupting their ability to aid an assault victim. Minneapolis police have said Clark was a suspect in the assault. At some point during an altercation that ensued between Clark and the officers, an officer discharged his weapon, striking Clark.

Demonstrators camped outside the Minneapolis Police Department's 4th Precinct in the cold for weeks after the shooting. Other demonstrations blocked traffic on Interstate 94 and halted travelers at Minneapolis-St. Paul International Airport.

On Tuesday, American Civil Liberties Union of Minnesota and the NAACP chapter in Minneapolis announced they'd be suing the state's Department of Public Safety hoping to access the videos that show the fatal shooting. On Nov. 23, investigators allowed Minnesota Gov. Mark Dayton to view the videos of the shooting. The governor concluded that the video doesn’t confirm the allegations of witnesses or police.

“I will urge that the tapes be provided to the family and released to the public as soon as doing so will not jeopardize the Department of Justice's investigation,” Gov. Dayton said.

“It is our understanding that the BCA’s investigation has been turned over to the Hennepin County Attorney’s Office. This is part of the review process and the MPD continues to respect the independent nature of this investigation.”