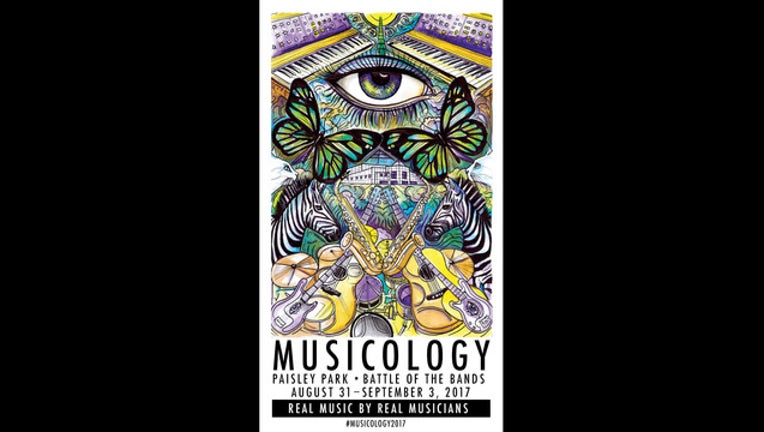 (KMSP) - Paisley Park has announced the dates of a four-day battle of the bands event, Musicology, at the end of the summer, celebrating Prince's ethos,"real music by real musicians."

Musicology will take place from August 31 to September 3 at Paisley Park.

Musicians from around the country are welcome to submit a video to enter into the competition. Nine finalists will be selected to perform for a live audience in the Paisley Park Soundstage.

Each night during the event, three artists will perform and a winner will be decided. On Sunday, the three finalists will face-off, resulting in one overall champion.

The final winner will receive an Artist Development award package. The package will give the artist or band studio recording privileges at Paisley Park, a mentorship session with the New Power Generation and other "career development opportunities soon to be announced."

Musicology is meant to be rooted in the "battle of the bands" idea, which was commonplace in North Minneapolis in the 1970's.

Garage and basement "jam sessions" soon evolved into competitive musical battles in neighborhood parks, namely the North Commons and Phelps Field Park in south Minneapolis. Many musicians gained their fame through this tradition, including Prince, Terry Lewis and Morris Day.

The goal of Musicology is to encourage musicians to connect with new friends and elevate their abilities through friendly competition.

Deadline for submissions is July 30.