Jewish leaders in the Twin Cities say an act meant to intimidate their community has only succeeded in bringing it together.

MINNEAPOLIS (FOX 9) - Jewish leaders in the Twin Cities say an act meant to intimidate their community has only succeeded in bringing it together.

And now many families in the Highland Park neighborhood are standing together in solidarity against anti-Semitism, because of a flyer found outside some homes on Monday.

"This was a targeted flyering of anti-Semitic literature in a historically Jewish neighborhood of St. Paul," Jonathan Gershberg with Jewish Community Action said.

Many families got the rude awakening early on Monday morning; they say the anti-Semitic conspiracy theories were sealed in Ziploc bags weighed down by rice, and thrown out of a car window onto their front lawns.

"They’re using racism and anti-Semitism to gain power, and we want to condemn that," Gershberg said.

The flyers -- allegedly left outside homes near the Talmud Torah Jewish school -- claim Jewish people are responsible for gun control laws, and that "every single aspect of gun control is Jewish;" even listing off more than 20 Jewish lobbyists, politicians, and lawyers. 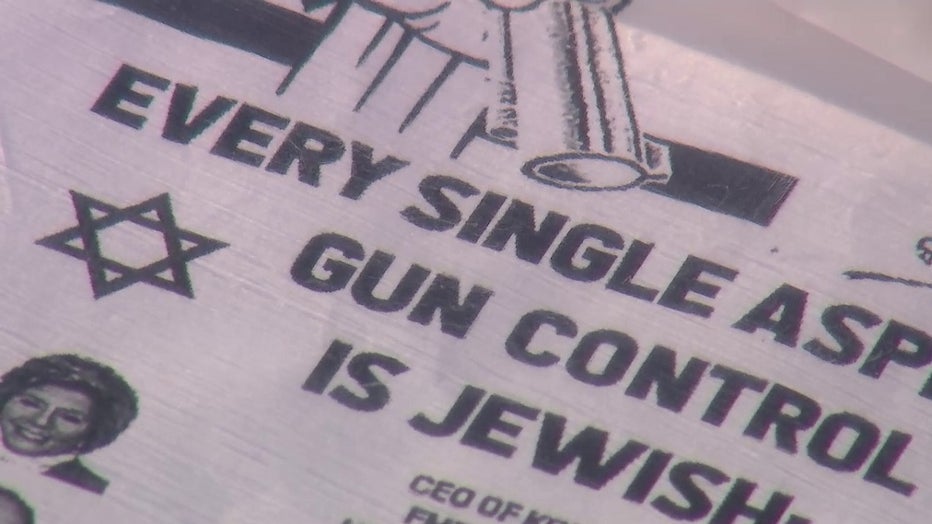 The St. Paul Police Department tells FOX 9 that it is aware of this situation, and an investigator has been assigned to the case.

"You’re not going to win, because we’re going to come together across race and place, and we’re going to stand in solidarity against your hate," Gershberg finished.