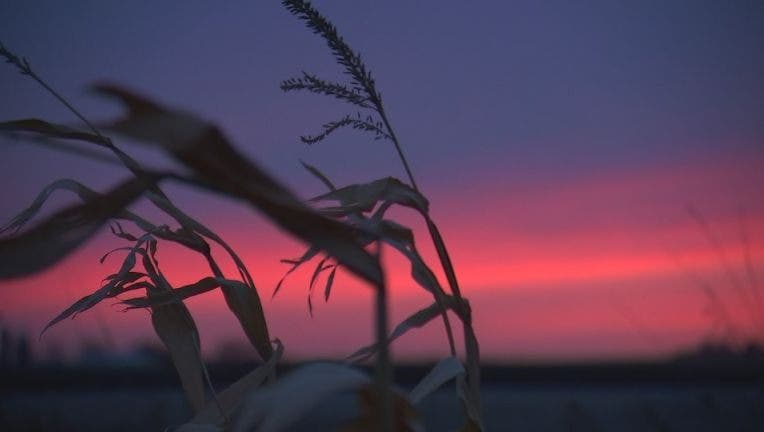 Despite an almost ideal growing season, healthy commodity prices and record federal farm subsidies, many farmers could still go out of business in 2021.

After a disastrous harvest in 2020, chronicled in a FOX 9 documentary, The Last Harvest, 2021 was heralded as a comeback year.

And in many ways, it was.  But the fundamental economics of farming haven’t changed.

After the wettest year on record in 2020, growing conditions this year were nearly ideal.  Corn and soybean yields were reported to be up from five to 10 percent.

Commodity prices stayed relatively high because of the pain to the south.  The Derecho that swept through Iowa damaged half of the state’s corn and soybean crop.

And while tens of thousands of hogs were destroyed due to COVID 19 outbreaks in meatpacking plants, those supply chain problems have, for the most part, smoothed out. The state’s meat exports, mostly pork and mostly to China, were up 44% last month.

Storm clouds on the horizon

David Hesse farms near Comfrey, Minnesota. Hesse also works as a farm advocate for the Minnesota Department of Agriculture which has a team of counselors who provide one on one assistance to farmers facing financial hardships.

He's been at it this since the last farm crisis in the 1980s and said he has never had a busier or more depressing year.

"They (farmers) are desperate to the point of even getting food on the table," he explained.

Hesse said many banks are now calling in their loans and not interested in refinancing or extending credit.

Years of debt and low commodity prices are catching up to farmers.

Hesse has been on the phone non-stop, negotiating between lenders and farmers all summer and fall.

A ringing phone doesn't bother him; it is the silence that worries him.

"I get a little concerned when all of sudden I don’t hear from somebody and I got one now, I think about him almost on a daily basis and his six children," he said.

Steve Zenk is also a farm advocate and lives near Renville.

He said the banks and lenders are looking at the horizon too.

“If you were highly leveraged coming into this year, this year is not going to save you," he told the FOX 9 Investigators. “They (lenders) have just about come to the end of where they want to keep investing in some of these folks, they just don’t see a scenario for them to get out from under this.”

But before it comes to foreclosure, Minnesota law requires a 90-day mediation period between the farmer and the lender.

The legislature extended that deadline until December 1.

Last year, 2,947 farmers entered mediation. This year, 2,409 were in mediation as of September (the mediation calendar goes from October to September).

Farm bankruptcies, known as Chapter 12, are on pace to exceed last year.

Lenders, speaking on background, told the FOX 9 Investigators they understand the ups and downs of an ag economy and know some farmers are highly leveraged, but in all cases they say they work with their borrowers to make them successful.

This year federal farm subsidies will account for 40 percent of net farm income.

"Between MFP (Market Facilitation Program) and the new coronavirus food assistance program, and traditional farm subsidies, this year will be the largest year for subsidies ever in the history of the United States," she said.

A total of $46 billion is expected to go to American farmers.

Minnesota is getting nearly $1.7 billion, much of that through the Market Facilitation Program (MFP), meant to help farmers get through the trade war with China.

And while there is a cap on payments, multiple members of one family can collect a subsidy.

Break down the numbers and the largest farms, the top one percent, got 16 percent of the money, according to EWG.

EWG calculated that the average payment for those with larger farm operations is $525,000.

"So just for the fact that most of this money has gone to the largest farms really shows the small guys who struggle the most with down economic downturns, like what happened with the crop prices because of the trade war with China, it means those guys are not the ones getting most of the money," Weir-Schechinger said.

Despite all those subsidies, farmers are still going deeper into debt.

According to the American Farm Bureau, there’s more than $434 billion in debt in the farm sector, much of it is tied to buying and leasing land.

That debt is expected to go up by four percent this year, according to the Bureau.

Dave Woestehoff farms near Belle Plaine in Scott County and this year’s harvest brought a sigh of relief.

Generally, he said he does okay with the financials, but admits the subsidies certainly helped him this year before he knew what this harvest would bring.

"I am not embarrassed by it. I feel like we make fairly decent marketing decisions, we keep our machinery budget in line and yes regardless of the size of the farmer, that is a very true statement across the board that without the federal payments, that we have been receiving, that you would be at or below the cost of production,” he said.

The Minnesota Department of Agriculture (MDA) works on educating farmers, their families and others to identify and manage stress on the farm.

The Minnesota Farm and Rural Helpline is a 24-7 phone line farmers can call to get mental health support and get directed to financial and legal assistance; the number is 1-833-600-2670.

MDA also has other helpful information on its website at www.minnesotafarmstress.com.

Minnesota farmers will remember the harvest of 2019 for its perfect storm of politics, economics, and weather.

The hour-long documentary looked at what caused the hardships and the consequences of a tough farm economy, plus those who found solutions.

For the last eight months, FOX 9 has been talking to farmers in every corner of their state for the Last Harvest.