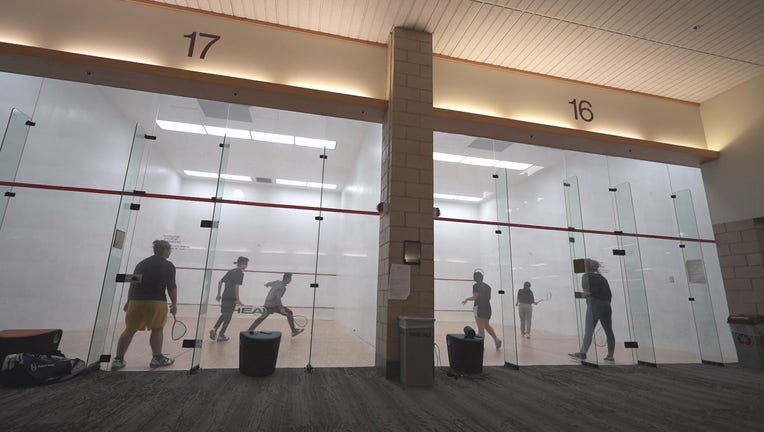 Squash is normally associated with elite prep schools and universities on the east coast, but a Minnesota organization is bringing the game, and a focus on higher education, to Twin Cities kids.

In Minnesota, an after school program is introducing a new generation of young people to the benefits of the racquet sport.

“It can be stressful sometimes,” said Duaci Yang, another squash player. “You just gotta push through.”

At the University of Minnesota’s Recreation and Wellness Center, a group of middle and high school students are causing quite a racket.

“I like the competitiveness of it,” said Spuranzella. “There’s just one other person on the court with you. So, it’s not hard to think about what you have to do.”

Two to three times a week, Spuranzella comes to the University of Minnesota to take a swing at squash.

“It feels important that I have something to do and this is the thing that is easiest to keep doing,” he said.

He’s one of 60 kids involved in an after school program called Beyond Walls.

It started eight years ago when a squash coach at the University of Minnesota heard about a similar program in Chicago.

He thought it would be a good way to engage kids from underserved neighborhoods who wouldn’t normally have access to the sport.

“Outside of the vegetable, they’d never heard of squash,” said Coach Chung.

“I think squash is very much a sport that’s typically seen in country clubs, Ivy League, east coast prep schools,” Chung said. “So for it to be a unique sport that we were interested in, it seemed like the right vehicle to bring the kids in.”

The racquet, as Chung demonstrated, is a little bit longer and closer to a tennis racquet than a racquet ball racquet. 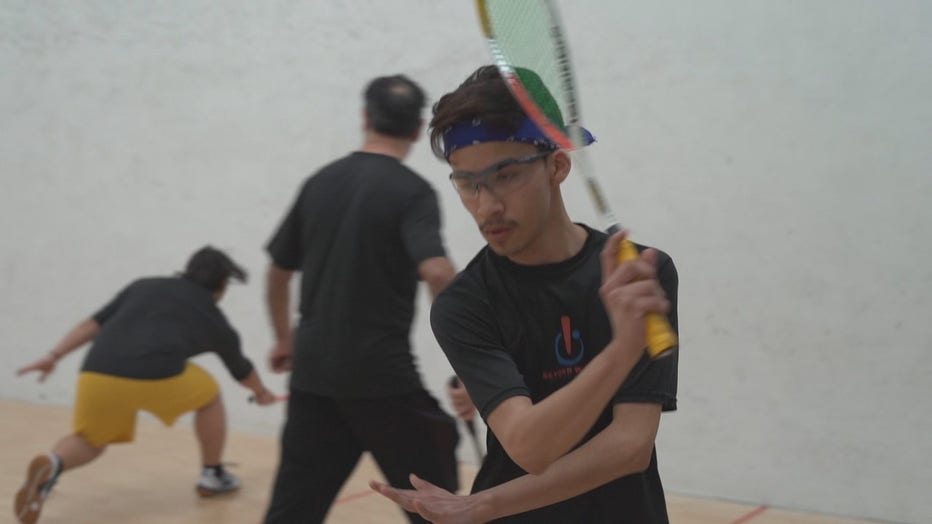 An athlete lines up a shot during a squash practice at the University of Minnesota.

The game is sort of like racquet ball, but players use the larger racquet and a smaller ball that doesn’t have as much bounce.

The students compete against each other in one-on-one matches, while learning life lessons about sportsmanship, etiquette and goal-setting.

Chung hopes they also pick up a lifelong, healthy activity in the process.

“In the squash game, you gotta pace yourself,” said Yang.

The sixth through 12th graders who play in the league spend half their time on the squash court and the other half in the classroom getting help with their homework from college tutors.

Those who stick with the program for all six years are crushing it. They have a 100 percent graduation rate from high school and are much more likely to go to college.

“It’s just natural,” said Chung. “They are coming to a college campus and the kids start talking about, hey, I want to go to the U of M or any other college.”

Players even get to travel to schools like Yale, Harvard and MIT to play in squash tournaments across the country. For many, it’s their first time getting on a plane.

“Here, I don’t get a lot of variety because it’s not such a big sport in Minnesota. But going to tournaments like that, it’s fun to play new people,” said Spuranzella.

Program organizers say Beyond Walls broadens the students’ horizons and changes lives. When it comes to making a difference for these students, playing squash is a smash.

A group of students from Beyond Walls leaves tomorrow to compete in a national squash tournament at Yale.

More for information about the program, visit Beyond Walls’ website.