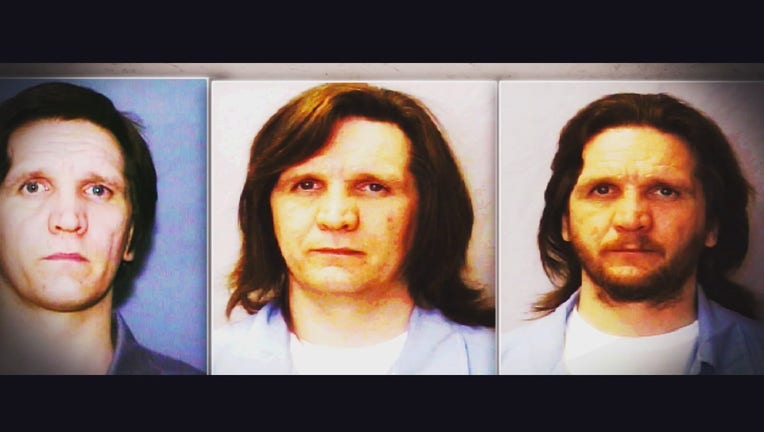 Alan Enger's extensive history of arson began in the 1980s.

MINNEAPOLIS (FOX 9) - When serial arsonist Alan Enger was sentenced for his fifth arson last July, he got what most would consider a pretty good deal: 90-days in the county workhouse.

According to a transcript of the sentencing, obtained by the FOX 9 Investigators, the prosecutor who made the plea deal was unaware of Enger’s extensive arson history.

A serial arsonist and his vanishing rap sheet

When serial arsonist Alan Enger was sentenced for his fifth arson last July, he got what most would consider a pretty good deal:&nbsp;90-days in the county workhouse.&nbsp;

“You know, quite honestly I didn’t know Mr. Enger’s prolific arson history going into this,” the assistant county attorney, Scott Haldeman, told Judge Martha Anne Holton Dimick.  “I didn’t realize he had all the previous arsons. I think 120 days is too low. I would never have offered that in the first place had I known that.”

With time served and good behavior, Enger was locked up for only 78 days.

Like most of his previous arsons, the latest occurred last May when Enger was on a drinking binge.

Enger, who was staying at a halfway house in North Minneapolis, took a burning log from a backyard fire, and threw it into his housemate’s truck parked in the back alley.

“It’s like something out of a movie,” said Robert Grube, the housemate,  as he looked into the charred remains of the vehicle. “He’d come down, play the alpha male, be intoxicated, overbearing, and talk about, brag about, his arson past."

Enger told police, "that is what you get when you f**k with me” and kept referring to himself as “the arsonist.”

Enger, who spoke to the FOX 9 Investigators, has the same recollection.

"Having a little fire, drinking a beer, good time to do this now. Took a burning log out of a fire pit and threw through it in the truck.  Next thing I know, I’m in jail,” Enger said.

Enger, 55, started setting fires in Northeast Minneapolis in the 1980s.

By 16, a sophomore at Edison High School, Enger was charged as an adult with arson, for burning down a neighbor’s garage.

By the 1990’s, he was torching businesses along Central Avenue. Neighbors lived and slept in fear of the man they nicknamed ‘backdraft.’

But he was a suspect in at least 73 others over the years, according to police sources, including a massive blaze that burned down several businesses and apartments at the corner of Central and Lowry in 2005.

Back then, the Fox 9 Investigators did a story about Enger and asked him about the arson. “I don’t know nothing,” he replied.

One man even died from a heart attack while putting out a fire, right next door to where Enger lived most of his adult life with his late mother, who was often his alibi and enabler.

“He was so out of it they couldn’t even rouse him, so how could he be lighting a fire an hour before that," Sharon Lea Wyatt told the Fox 9 Investigators. "I know he’s a total f**k up. Not only that s**t,  but he’s a good guy, but can’t keep him off the sauce.”

In 2005, then Hennepin County Attorney Amy Klobuchar, charged him as a "career offender." He had started a fire in a duplex about a block away from where he was living.

Prosecutors called him an “uncontrollable, serial arsonist,” “a danger to public safety,”  “nothing in the criminal justice system can protect society from Alan Enger other than to incarcerate him for as long as possible under the law.”

PROSECUTOR:  “I BELIEVE IN REDEMPTION”

“I believe in redemption. And I believe people should have that opportunity. Frankly, we are surprised he committed the same kind of crime.  Maybe we shouldn’t be," Freeman said.

In fact, sources familiar with Minnesota sentencing guidelines tell the FOX 9 Investigators Enger could’ve been prosecuted, once again, as a career offender, because the 2005 conviction fell within the 15 year period and it would’ve led to mandatory prison time.

But Freeman said the underlying criminal history would be outside that 15 years. And, he reiterated, the sentence fits a property crime.

“Every time we put a person in prison it cost $40,000 a year. And for this kind of crime we felt some workhouse time and having the rest of it hang over his head was the proper sentence and the judge who makes the final decision agreed,” said the County Attorney.

MAY HAVE SET "OVER A HUNDRED" FIRES

The Fox 9 Investigators spent weeks looking for Enger. Unlike the worst repeat sex offenders, the address of a serial arsonist, isn’t considered public.

Enger’s older brother Floyd, was as stunned by his brother’s courthouse deal as anyone.

Eventually, the Fox 9 Investigators found Enger. He was sober, friendly, and willing to talk.

"I thought I’d get a couple of years, if not three or four. When they offered me the 90 days I wasn’t going to fight it, No problem,” Enger said.

He said he had set "quite a few" fires in his time and figured it was "over a hundred."

Sean McKenna is a retired Minneapolis Police Arson Investigator, who followed Enger for his entire career.

He watched Enger's talk with the Fox 9 Investigators.

"His lack of remorse is astounding," McKenna said. "There is a little bit of pride there.”

According to McKenna, Enger is an underachiever.

"He gets angry and this is the only way he knows to even the score in his own mind,” said the retired detective. “It’s his way of taking control. He gets some power now. ‘Look at what I did? All these fire trucks. I did this. I set this in motion.’”

The odds were in Enger’s favor. Most arsonists get away with it because there are usually few witnesses and fire destroys most of the evidence.

Nationally, only one in 10 arson cases lead to an arrest, and only 1% lead to a successful prosecution.

“I don’t think you can ever rehabilitate him, fire setters, sex offenders, child molesters, you don’t rehabilitate them,” McKenna said.

When the Fox 9 Investigators asked Enger if he was done setting fire he responded “I should’ve known better to set this last one.  I was clear free, and off of parole.”