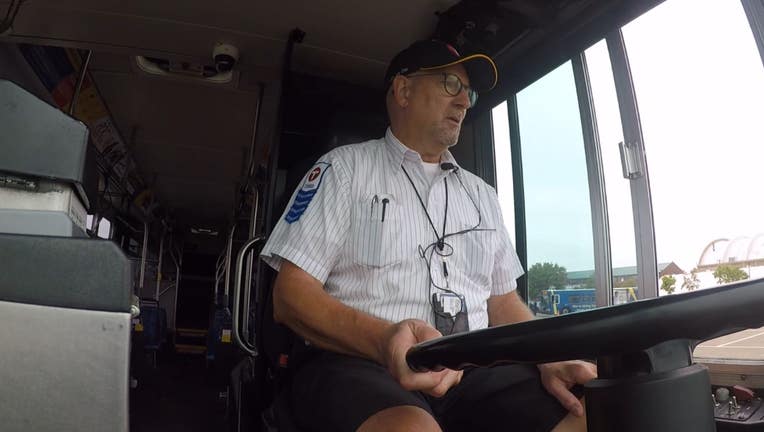 ST. PAUL, Minn. (FOX 9) - Metro Transit is having a hiring blitz because of a bus driver shortage that is affecting routes.

Even for drivers without their CDLs, Metro Transit is asking people to apply for the job that allows you to earn a full salary while you train.

Metro Transit is having a hiring blitz because of a bus driver shortage that is affecting routes.

Saturday is the big day where they are asking anyone with a regular driver’s license and a little bit of work history to apply.

Driver’s live Alec Johnson, who has been with Metro Transit for 14 years, find the job worthwhile.

“It really makes you feel like you’re valued by the riding public, ya know? When they recognize you, say hi, even outside, you see them at a store, people approach you and say, 'Hey, aren’t you a bus driver?'” Johnson said.

It’s definitely the riders that keep him and the other 1,500 drivers on the job.

“When you look at how many bus operators have been here for decades, it’s pretty impressive,” he said. “It just shows people feel really tied to this job. It’s part of their identity sometimes. You feel like you’re part of the community and you see a lot of the same faces day in and day out.”

Metro Transit says a tight labor market and a good economy have forced them to be 85 drivers short, which is proving to be a real problem.

“We’ve had to communicate out to our customers and say your trip isn’t operating today,” said Brian Funk, the deputy chief operating officer for Metro Transit. “That’s something we need to get away from. We have a lot of pride here in being able to deliver that service every single day.”

“All you need to do before you come work with us is be able to get a CDL permit and the great thing about that is we have classes, we have study sessions, so we’re able to help you do that,” Funk added.

“You’re part of a public service that people depend upon,” Johnson said. “And it helps me get out of bed in the morning and go to work because I knew people were depending on me.”