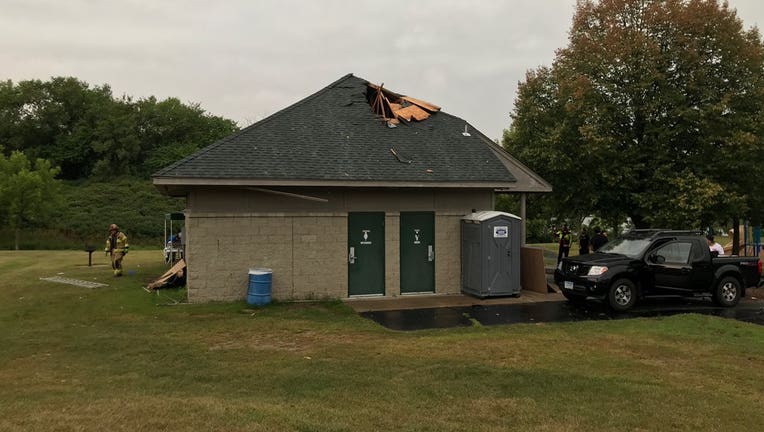 LAKEVILLE, Minn. (FOX 9) - Three people were evaluated for injuries Saturday in Lakeville, Minnesota after a park shelter was struck by lightning as a line of storms pushed through the state.

Sgt. Jeff Hanson with the police department says about 40 people were attending a birthday party at Casperson Park off Lake Marion Saturday afternoon when the shelter was hit by lightning.

A photo posted by the police department on Twitter shows a large hole left in the roof after the strike. Police say the strike went through the roof to the concrete.

Police say no one was seriously hurt in the incident. Three people were checked out for injuries, but no one was transported to the hospital. Officers say one patient had a minor burn while others suffered injuries from debris and the impact of the strike.