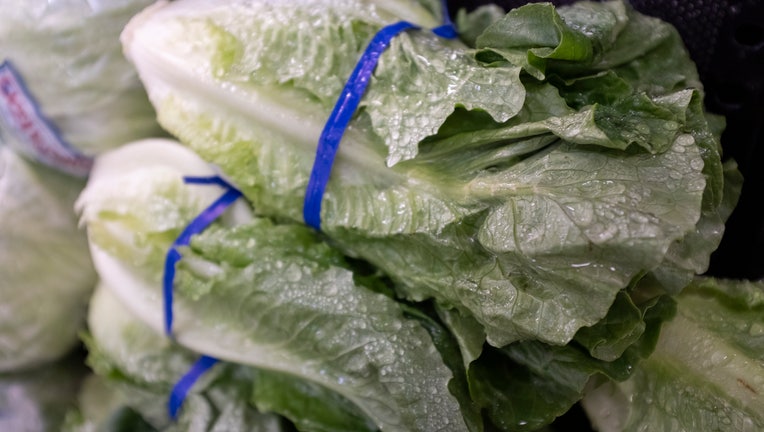 Romaine lettuce can be seen at a store in Mountain View, California, United States on Friday, November 22, 2019. FDA and CDC officials have urged that people should not buy romaine lettuce from Californias Salinas Valley. The recalled salad products ( (Photo by Yichuan Cao/NurPhoto via Getty Images) )

(FOX 9) - More than 100 cases nationwide have been linked to an E. coli outbreak likely connected to romaine lettuce grown in Salinas, California, according to the U.S. Food and Drug Administration. Three cases were confirmed in Minnesota.

The FDA reports there have been 102 confirmed illnesses with 58 hospitalizations from 23 states. People reported becoming ill between September 24 and November 18.

Authorities are warning people to not eat lettuce that was harvested from Salinas. They are urging people to throw away the lettuce. When ordering a salad from a restaurant, consumers are recommended to ask the staff where the lettuce came from before purchasing.